Nottingham’s Tendayi Darikwa and his team-mates have donated kits to Zimbabwe to help developing football from the grassroots level.

The Warriors defender announced the news on Twitter saying:

“On behalf of all my teammates and everyone at #NFFC I will be sending a selection of boots and shirts to help grassroots level football in Zimbabwe.” 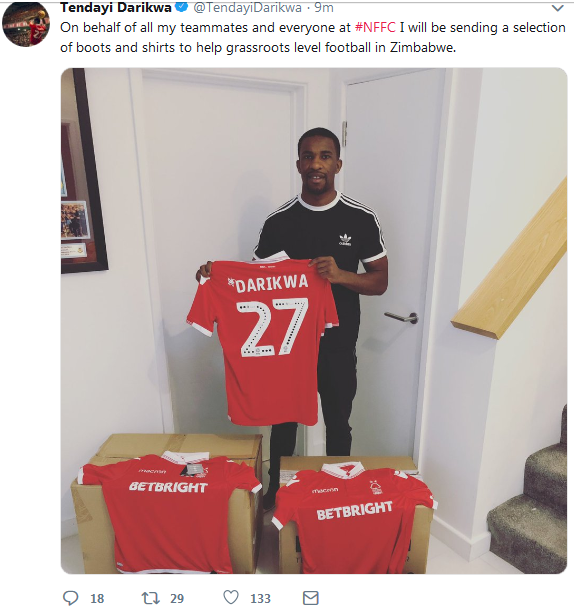 Darikwa was born in the UK to Zimbabwean parents, and he made his debut for the national team in 2017 against Lesotho in a friendly match. He played his first competitive game for the Warriors against DRC in the 2019 Afcon Qualifiers in October this year.