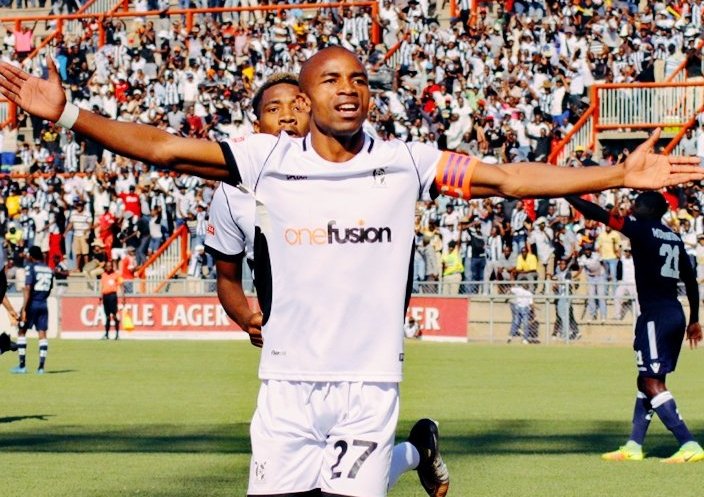 Gabriel Nyoni is set to leave Highlanders when his contract expires at the end of the year.

The vice-captain has been in talks with Bosso but both parties have failed to reach a common ground for a new deal. He joined the Bulawayo-based side in 2012 and had his best season this year when he finished the campaign as the club’s joint top goal scorer with six goals alongside Newman Sianchali .

Highlanders confirmed the development on Saturday.

“Highlanders Football Club would like to announce that after protracted contract negotiations with Gabriel Nyoni, the two parties have been unable to agree on terms,” reads the statement.

“It is with great sadness that while an agreement had been reached on the basis of the player’s tabled terms, things took a turn and the new improved contract offer couldn’t be signed.

“The Club respects Nyoni’s decision and remains committed to improving the squad and its competitiveness guided by the strong desire to continue crafting a progressive trajectory on the basis of sound economic judgement particularly in these difficult times, and in full cognizance of the need to live within our means as we work towards turning around our financial standing in the medium to long term.

“Highlanders FC would like to thank Nyoni for his contribution in the years he spent at the Club, and wishes him all the best in his future endeavors.”

Ngezi Platinum Stars and CAPS United have been heavily linked with player while another unnamed club is also chasing the player.

Meanwhile, Highlanders will lose another forward in the name of Tafadzwa Sibanda after his parent club, TelOne recalled him from a loan spell. However, the signing of Bukhosi Sibanda and Prince Dube will still provide strength upfront or they might opt to get Nyoni’s replacement.