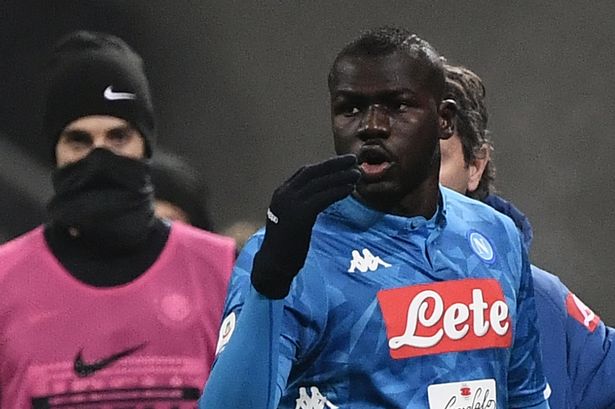 Koulibaly was reportedly subjected to monkey chants throughout the encounter with coach Carlo Ancelotti claiming that they even approached the referee to stop the game but nothing was done.

The centre back was also sent off after receiving two yellow cards in a matter of seconds in the 80th minute. The first was for a foul on Matteo Politano and the second was for sarcastically applauding the referee’s decision.

“The next time we’ll stop playing, even if we lose the match,” Ancelotti said.

“What happened today is not good not only for us but also for Italian football as a whole.

“I’m very sorry about what happened to Koulibaly. The boy was on edge, he is an educated footballer who was targeted. Despite our requests the match was not interrupted. I’m unhappy because three times we asked for the match to be suspended.”

Koulibaly, 27, later responded on Twitter saying: “I’m sorry about the defeat and especially to have let my brothers down.

“But I’m proud of the colour of my skin. To be French, Senegalese, Neapolitan, and a man.”

Meanwhile, forward Lorenzo Insigne was also dismissed during the defeat which left Napoli nine points behind of defending champions and leaders Juventus.