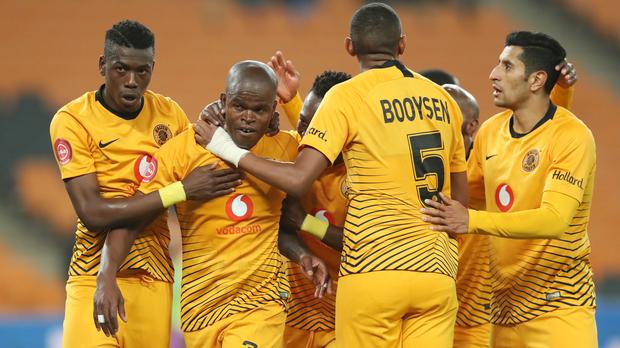 Willard Katsande captained the Kaizer Chiefs team against Mamelodi Sundowns and went on to score despite his side going down 1-2 on Saturday.

The Zimbabwe international headed home a Khama Billiat free-kick in the 14th minute to cancel out Sundowns’ early lead which had been secured by Anthony Laffor.

Katsande could have gotten his second goal of the afternoon five minutes later when he connected a corner kick, but his shot from outside the 16-yard-box went over. The midfielder, however, suffered a hamstring injury and was subbed off a few moments into the second period.

Meanwhile, Billiat, a former Sundowns player, made some significant touches in the Chiefs attacks but was not at his best generally.

Defender Teenage Hadebe came on as a second half substitute after starting on the bench.

Elsewhere, Walter Musona was also on target, hitting a brace in Polokwane City’s 3-2 victory over Amazulu.

Musona’s first goal came in 17th minute which doubled the lead before finding the back of the net again on the stroke of halftime.

The forward didn’t finish the game as he was subbed of in the 66th minute.