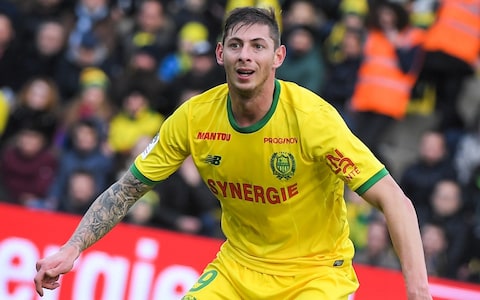 The body recovered from the wreckage of a crashed plane is that of Cardiff City player Emiliano Sala, Dorset Police have confirmed.

The body was recovered late on Wednesday after the wreckage was found on Sunday morning.

In a statement, Dorset police said: “The body brought to Portland Port today … has been formally identified by HM Coroner for Dorset as that of professional footballer Emiliano Sala.

“The families of Mr. Sala and the pilot, David Ibbotson, have been updated with this news and will continue to be supported by specially-trained family liaison officers. Our thoughts remain with them at this difficult time.”

Sala, 28, was travelling to Cardiff in a plane piloted by Ibbotson, which disappeared from radar near the Channel Islands on 21 January.

Cardiff City, issued a statement shortly after identification was confirmed, saying: “We offer our most heartfelt sympathies and condolences to the family of Emiliano. He and David will forever remain in our thoughts.”