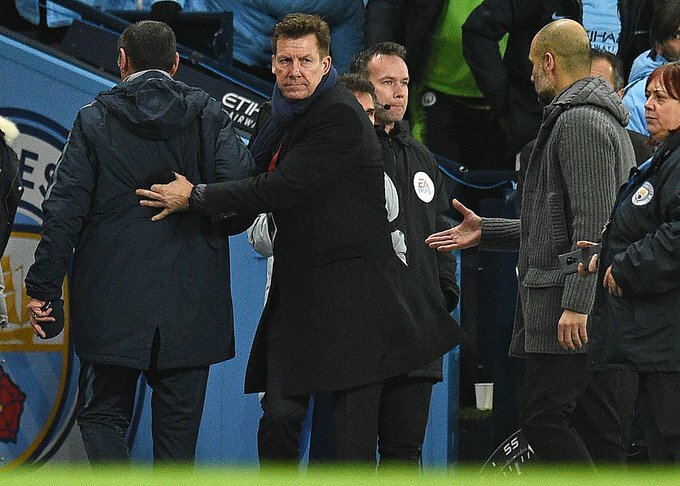 Chelsea coach Maurizio Sarri has explained why he failed to shake Pep Guardiola’s hand following the 6-0 hiding at Manchester City on Sunday evening.

Sarri rushed down the tunnel after the game without shaking hands with Guardiola who was approaching him. The Italian insisted that he did not see his counterpart, and would see him after the game as usual.

Sarri not shaking hands with Pep after the game. Chelsea mentality pic.twitter.com/cncWniC604

“I didn’t see him at that moment. Of course, it’s usual to shake,” said the Chelsea manager.

“I’ll go to say hello to him later. It was by chance. I wanted to go to the dressing room and didn’t see him. I’ve no problem with Pep.”

Sarri also admitted that he is now under pressure and does not know if the club will sack him.

The Blues have lost their last three away league games and yesterday’s defeat was the biggest since a 7-0 loss to Nottingham Forest in April 1991.

City took an early lead in the 3rd minute through Raheem Sterling and doubled the advantage ten minutes later courtesy of Sergio Aguero who completed his hat-trick from the spot in the 56th minute.

İlkay Gündoğan also added his name to the scoresheet while Sterling got his second of the day later in the game to seal the triumph.