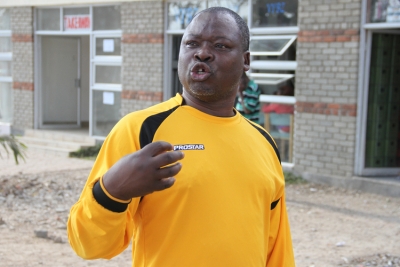 Twenty-eight years ago Zimbabwe failed to qualify for the finals in Senegal after the central Africans denied them a win at the National Sports Stadium which could have sealed their place at the tournament.

The 53-year-old Chunga captained the side back in 1991 which comprised mostly of locally based players.

The two teams face each other again in March at the same venue with the hosts needing at least a draw to qualify for the 2019 Afcon in Egypt while the visitors want a win to stand a chance.

In an interview with Sunday Mail, Chunga said: “This time Congo should feel the same way we felt back in 1991. In fact, it’s wrong for us to say we need a draw, we do not need just a point but an outright and emphatic win.”

Chunga believes the transformation that has seen the current squad consisting mainly of players drawn from foreign leagues could work in Zimbabwe’s favour this time around.

“That alone is a huge advantage, for during our time we had more local players in the national team, but now we have more players playing in highly professional European leagues.

“They are better conditioned, psychologically, physically and technically to deal with these kinds of games,” Chunga added.