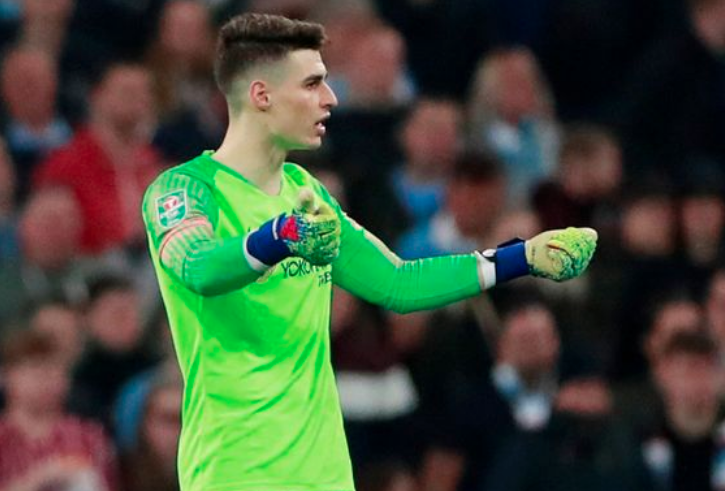 Chelsea goalkeeper Kepa Arrizabalaga insists his refusal to be substituted in the Carabao Cup final defeat to Manchester City was not a display of disrespect to manager Maurizio Sarri.

Kepa resisted coach Maurizio Sarri’s attempt to replace him late in extra time. The Spanish goalie had just been treated for cramp and, the coach was preparing to bring on reserve keeper Willy Caballero in his place ahead of a penalty shootout.

The refusal left the Sarri seething on the touchline and stormed down the tunnel before returning shortly afterwards.

Kepa told the club’s official website that his refusal to leave the field was not an act of insubordination against the coach but just a misunderstanding.

“I know if you see it from outside, I don’t know how it went out, it is not the best image,” he said.

“I have spoken with the boss. I think it was misunderstood.

“I understand that on television, on social media, they’re talking about this but I am here to explain it, to say that it wasn’t my intention to go against the manager.

“We have spoken now, and I was only trying to say I’m fine. He thought I wasn’t fine. It was intense moments, with a lot happening.”

Sarri also said the substitution confusion was ‘a big misunderstanding’ because he thought the player had picked an injury.

The 24-year-old, who became the most expensive goalkeeper in history when he joined the English side for £71.6m in August, played on but was able to save only one penalty in the shootout, as City claimed a 4-3 win to retain the Cup.