FC Platinum returned to winning ways and handed Hwange their first defeat of the season in a match played at Mandava Stadium on Saturday.

The reigning champions beat the coal miners 2-0 to move to the top of the log with 10 points.

The visitors put a spirited first half but disappointedly went to the break trailing after conceding a goal in the 34th minute by Farai Madhananga who connected Ali Sadiki’s cross with a header.

Never Tigere could have doubled the advantage early in the second period but fluffed a beautiful chance as he missed from an unmissable spot.

Nonetheless, he managed to put his name on the scoresheet when he netted in the 80th minute. His goal proved to be the final knock on Chipangano as the match ended in a 2-0 victory.

The Green Machine were 2-0 victors with Gabriel Nyoni scoring the other goal on the stroke of half-time. 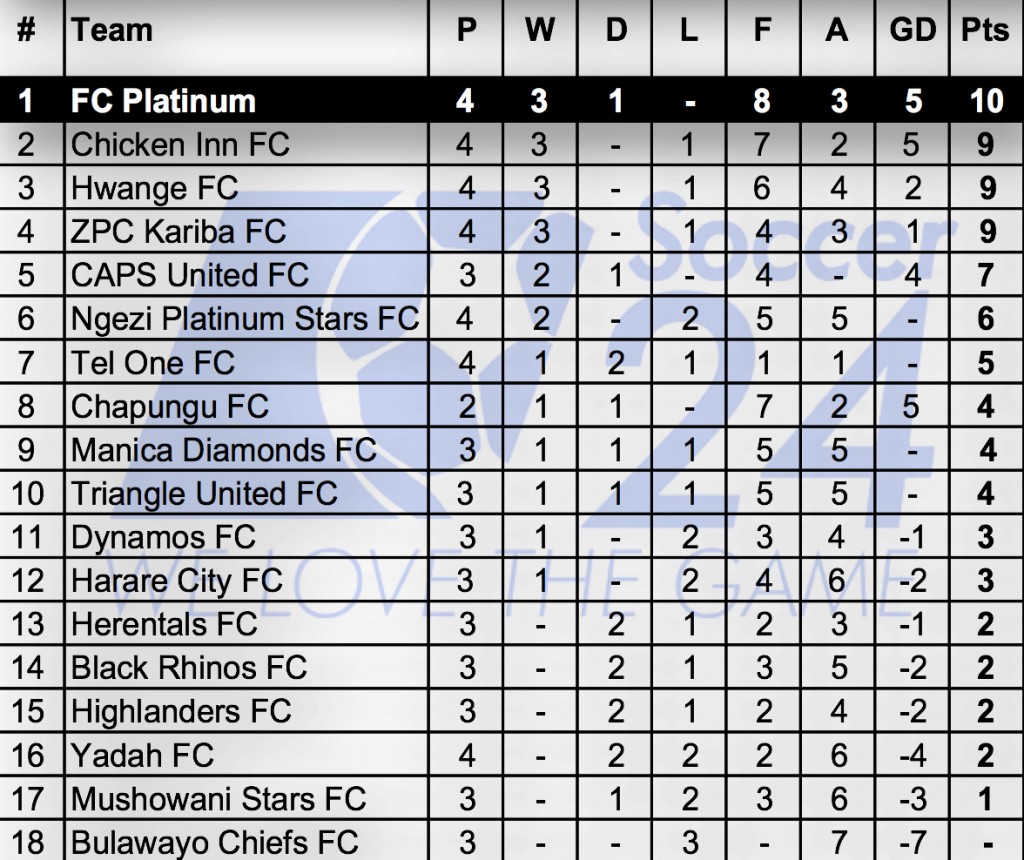