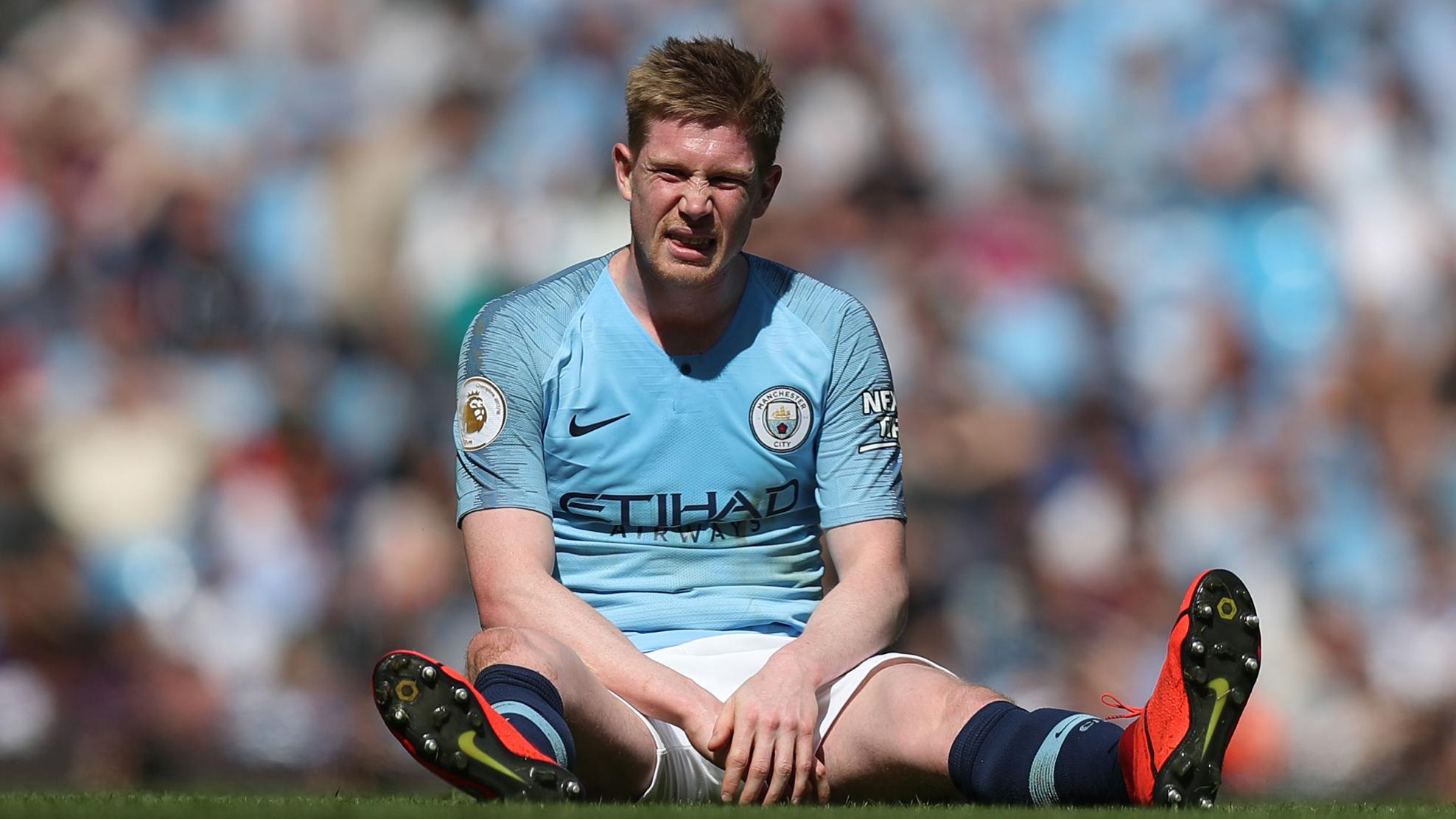 The Belgian star sustained a suspected muscle tear in Saturday’s 1-0 victory over Tottenham. He has struggled with injuries in this campaign and only appeared for a full 90 minutes five times.

Pep now believes the problems have been caused by an initial knee complaint.

He said at a press conference ahead of tomorrow’s game against Manchester United: “It is a muscular problem. We will see in the next days but tomorrow he is not available.

The injury comes at a time City look to gain the ground in the title race. If they win all four remaining games, they will clinch the championship for the second straight year, but losing any of them would hand the initiative to Liverpool.