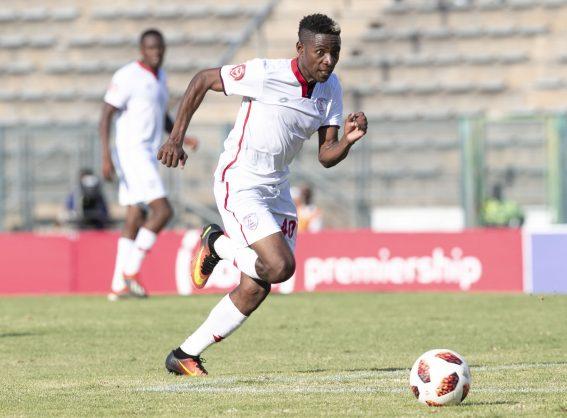 Michell Katsvairo is facing a bleak future at Free State Stars as the club is considering to release him at the end of the season, according to the Citizen, a South African newspaper.

Katsvairo moved to South Africa club in January after leaving CAPS United where he had spent six months but has failed to command regular football in the team and is yet to score for the ABSA Premiership side.

He has made only three league appearances for Stars and has failed to make the bench in the last three games.

An unnamed source said to the newspaper: “Stars were struggling to score goals and they signed Katsvairo with the hope of solving this problem, but now they have realised that he is not the solution for them. Talk is that they will release him at the end of the season.”