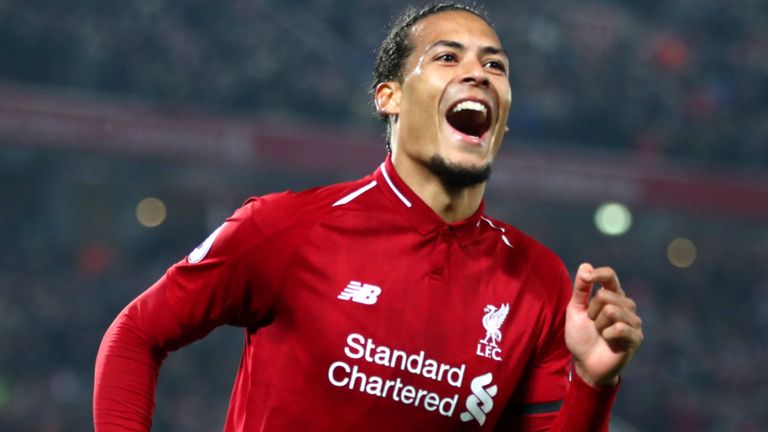 The official announcement will be made today, but it was claimed on Wednesday that Van Dijk has come up on top to win the award. The Dutchman and Sterling had long been the favourites while Sadio Mane, Eden Hazard, Sergio Aguero and Bernardo Silva also made it to the six-man shortlist.

The 27-year-old, has been credited with transforming Liverpool’s defence, conceding just 20 goals in 35 matches and losing only one game in a title race with Manchester City.

He is the first defender to win the trophy since former Chelsea captain John Terry in 2005, and this would be the second year in a row a Liverpool player has been named Players’ Player of the Year, after Mohamed Salah in 2018.

The ceremony for the 2019 PFA Awards will be held in London on Sunday 28 April.