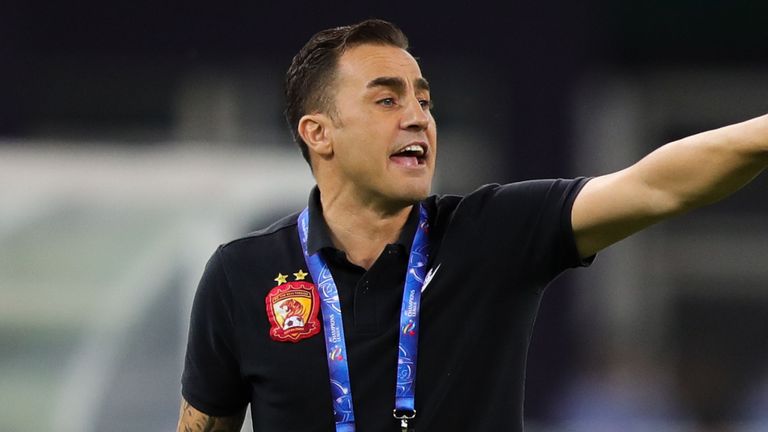 World Cup winner Fabio Cannavaro on Sunday announced that he is quitting as coach of China national team after just two matches in charge.

The 45-year-old Italian took over from his fellow countryman Marcello Lippi in mid-March and went on to suffer two 1-0 home defeats at the hands of Thailand and Uzbekistan.

Cannavaro made the announcement on social media and said it was to focus on his family and his job as coach of Chinese Super League (CSL) side Guangzhou Evergrande.

“With due respect for China as a great country, I feel it’s necessary to announce my decision to give up my position as the Chinese men’s coach,” Cannavaro wrote on China’s Twitter-like Weibo.

“But the dual position has left me with no time for my family,” he added.

Lippi is now in line to make a shock return after he left the position to become an adviser to Cannavaro.