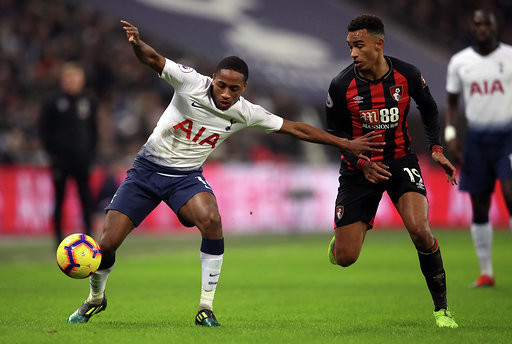 Liverpool and Manchester City will continue their incredible race for the Premier League title when the penultimate round of matches is played on the weekend of 3-6 May 2019.

DStv will be your home for all the action from England’s top flight.

City continue to lead the way by just one point, following a 1-0 win away to Burnley this past weekend, while Liverpool put on the pressure with their earlier 5-0 win over Huddersfield Town.

And the Reds will again have the chance to put the squeeze on Pep Guardiola’s men when they play away to Newcastle United – led by former Liverpool cult hero Rafael Benitez – on Saturday night. The Magpies have little left to play for this season, having comfortably secured safety from relegation, but they will at least hope to put on a good show in front of their own fans for the last time this season.

City’s game on Monday 6 May is arguably a tougher assignment, as they play at home to Leicester City (led by another former ‘Pool manager, Brendan Rodgers). Not only are the Foxes in great form (they won 3-0 at home to Arsenal last time out) but playing on the counter, as they almost certainly have to do at the Etihad Stadium, will perfectly suit their strengths.

The other major narrative in play is the race for the remaining two UEFA Champions League berths, with this past weekend seeing all of Tottenham Hotspur, Arsenal, Chelsea and Manchester United failing to win – the latter two drew 1-1 in their meeting at Old Trafford – leaving the foursome covered by five points.

Spurs and Chelsea are beat placed to keep in the top four and have winnable games this weekend, with the former away to Bournemouth and the latter at home to Watford. United have perhaps the easiest game (away to bottom-of-the-log Huddersfield) but their current form and league position leaves them as clear outsiders, while the Gunners are at home on Sunday to a Brighton & Hove Albion team which may be playing to keep well clear of the relegation zone.

The Seagulls’ motivation for their trip to London may well depend on how Cardiff City go in their match at home to Crystal Palace on Saturday: anything less than a victory will effectively send them down to the Championship (second tier).