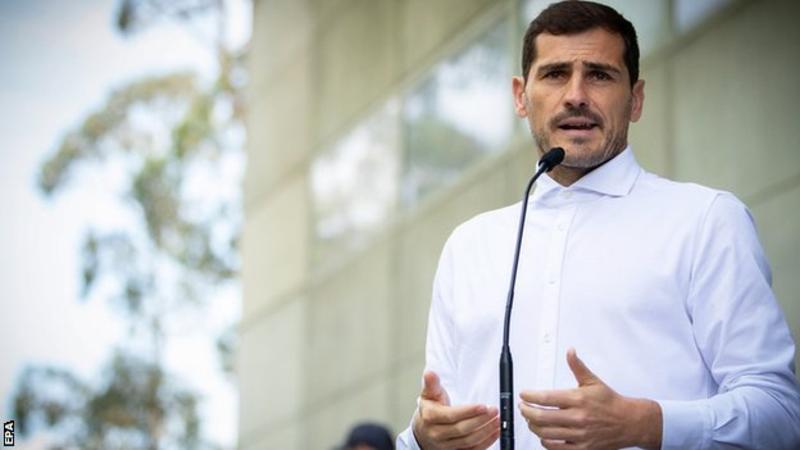 Five days after suffering a heart attack, legendary FC Porto goalkeeper Iker Casillas has been released from the hospital.

The 37-year-old former Real Madrid shot-stopper fell at the club’s training ground and was taken to hospital where he received medical care.

Messages of good wishes poured in from many footballers across the globe as news of the former Spanish international’s condition filtered through.

In a statement, Casillas thanked the football world for the support.

“Thank you for the thousands of messages of support and affection I received. I feel much better, and now it will be rest for a couple of weeks or months, I do not know, but the most important thing is to be here,” read the statement.

“Thank you all. I do not know what the future will be, but the most important thing is to be here. I’m able to speak and transmit to everyone as I am and how I feel. Thank you very much and see you soon,” continued the statement.