It’s a near miracle to reach CL final: Pochettino 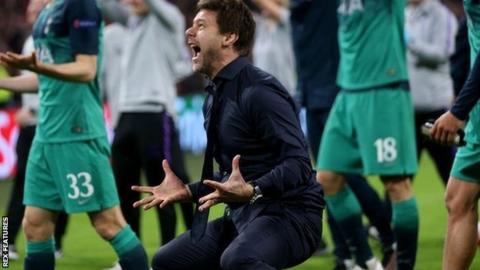 Tottenham coach Mauricio Pochettino says his charges achieved a near miracle after coming from behind and defeated Ajax to progress to the UEFA Champions League final.

Spurs were 2-0 down at half-time and trailing 3-0 on aggregate, but a sensational second-half hat-trick from Lucas Moura saw them through on the away goals rule.

Moura’s final strike came in the 96th minute to complete the comeback and Pochettino who burst into tears after the final whistle described the team’s performance as that of superheroes.

“I’ve told you over the last six months that they are heroes. I think they are superheroes now.

“To get the club to the final of the Champions League I think is very close to a miracle. No one believed in us from the beginning of the season.”

The final, which will be against fellow English team Liverpool, will be played in Madrid, Spain on the 1st of June.