The Glamour Boys had a slow start to the season, losing 3 games on the trot, but bliss seems to be returning in the blue side of the capital after Junior Selemami’s solitary strike in the second half propelled them to victory.

Dembare’s first decent opportunity, however, came in form of a set piece on the quarter hour, with Tawanda Muringani curling a free kick in the box, but Munyaradzi Mawadze could not connect it.

Ndiraya’s charges, who were starting to creep back into the game continued to create more chances, but could not find the target. Muringani was even denied by the woodwork from a free-kick on the stroke of half-time.

Nonetheless, Dembare broke the deadlock early in the second period with Junior Selamani netting the opener.

Yadah tried to recover but could not come back as they fail down to the Dynamos.

Elsewhere, CAPS United’s undefeated run continued following a brilliant displaying which saw them beating Triangle 2-1 to move to the top of the table at the expense of FC Platinum who lost 1-0 to TelOne.

Makepekepe went in front in the 14th minute through Joel Ngodzo but the Sugar Boys restored parity on minute 53 courtesy of Simba Makoni’s effort.

Dominic Chungwa’s 84th minute strike, however, had the final say as it gave CAPS United all three points. 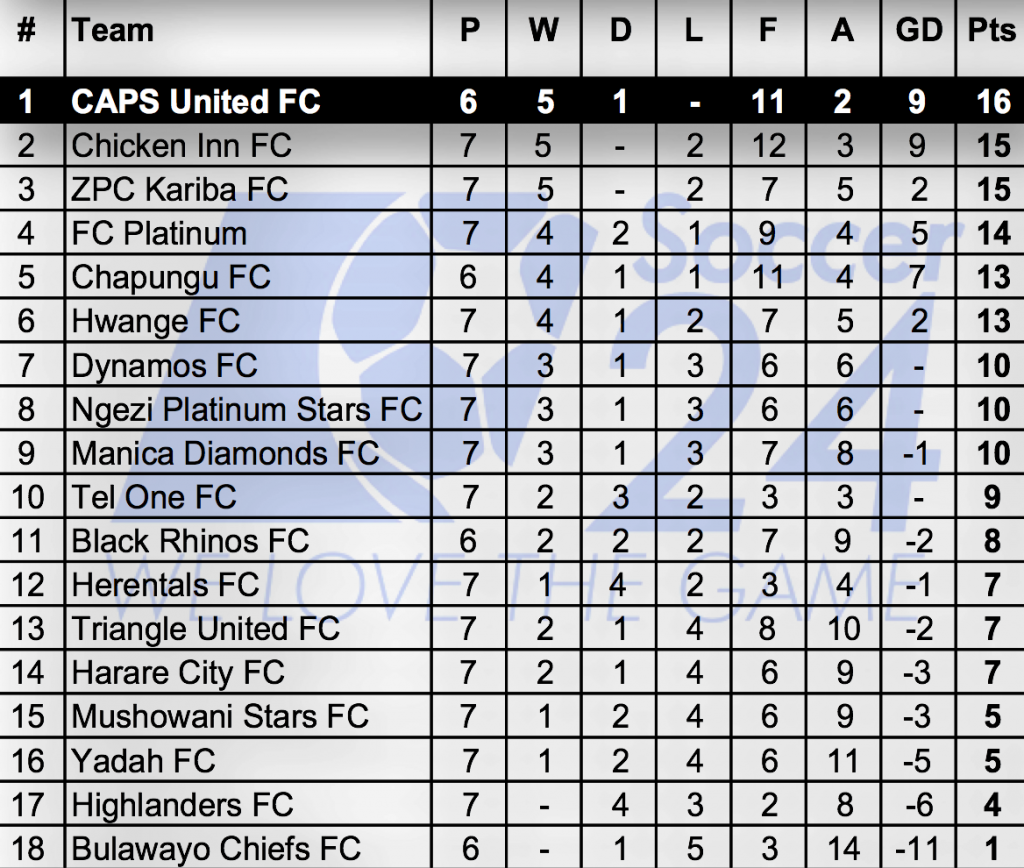