I have Barca board backing: Valverde 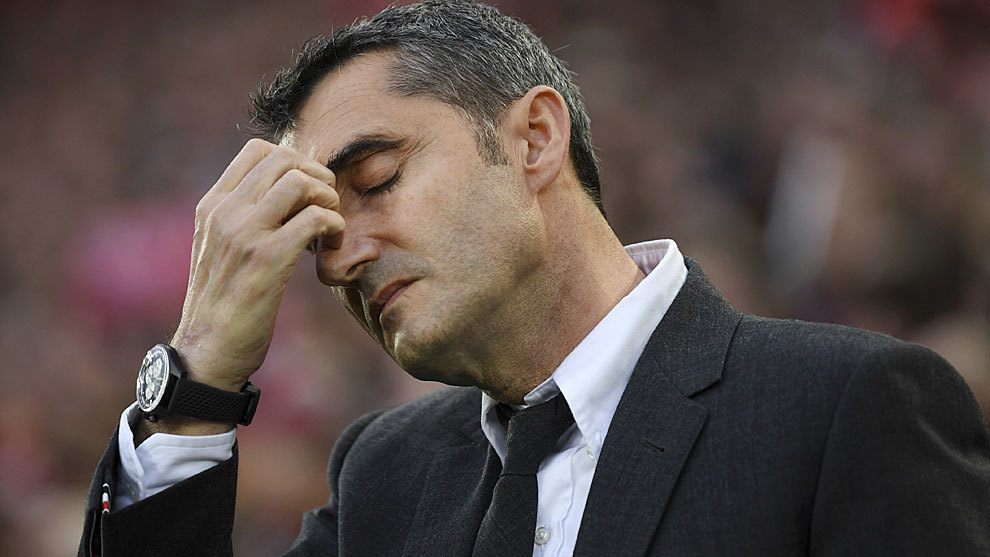 Under-fire Barcelona manager Ernesto Valverde says he has full backing from the club’s president despite some fans demanding his exit.

The Catalans were kicked out of the Champions League by Liverpool, courtesy of a 4-0 thumping, surrendering a three-goal advantage from the first leg in Spain and got eliminated from the competition for the second consecutive season.

Furious fans of the club took to social media to express their dismay and demanded the coach be sacked, but the Spaniard is adamant he still has the club hierarchy’s full support.

“I have spoken to the president, and I have always got support from him, and he has given me his absolute backing. When something like this happens, it looks as if everything is falling apart, but everyone knows what this football world is like,” said Valverde.

“In moments like these, everyone thinks you should burn everything to the ground. No, you have to put things back in place,” he added.

Valverde has steered Barcelona to two successive La Liga titles and is in course for another domestic double after reaching the 2019 Copa del Rey final.

But the lack of a Champions League title, which they last won in 2015, continues to irk the fans.

Meanwhile, Barcelona host Getafe in their final home game in La Liga and the first time they play at the Camp Nou after the defeat at Anfield last Tuesday.