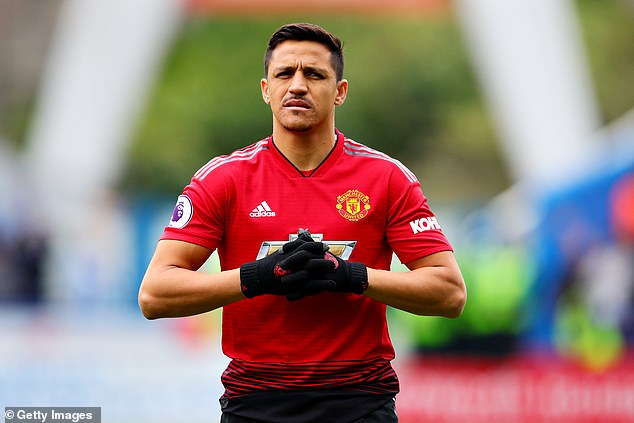 Manchester United forward Alexis Sanchez has apologised to the team’s fans for his and the overall team’s poor performance in the just ended Premier League season.

The Chilean, who moved to Old Trafford from Arsenal in January 2018, has struggled to settle at the club, managing only two goals in the recent campaign and his future is now the topic of discussion.

He took to the Social Media on Sunday to apologise to the fans and bemoaned “unpredictable injuries” as part of the reasons for his poor showing.

“It was a very tough season…the fans are the ones who deserve an apology as they always support you no matter what happens,” Sanchez wrote on Instagram.

“Personally, I didn’t perform as much as I was expecting because of unpredictable injuries.

“Press and people were speculating of things that were not even true. I was always a professional in all aspects.

“I apologise to the fans for not be able to achieve our goals. Nevertheless, we are Manchester United! Players and Staff are questioning if we were doing the right thing and if we were giving our best for this football shirt.

But the forward firmly believes the glory days like those of Sir Alex Ferguson’s era will one day return to the club.

“I’m certain that Manchester United one day will return to be the club, as it was in the old days with Mr Alex Ferguson,” the post continued.

Manchester United finished the season on a disappointing note, losing 2-0 at home by relegated Cardiff.