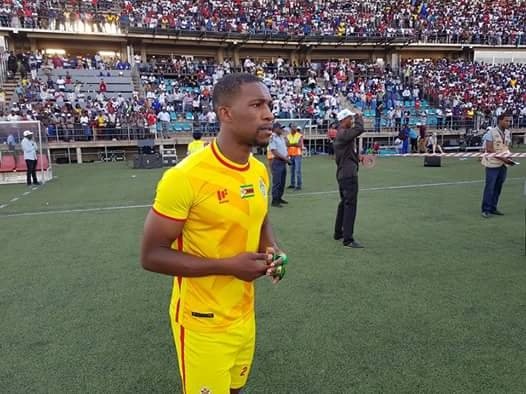 Warriors and Nottingham defender Tendayi Darikwa says he is taking his family to Egypt to cheer the team at the 2019 Afcon tournament set to start on the 21st of June.

The right-back was one of the key figures in the squad that finished on top of the group in the qualifiers. He is in the provisional line-up for the competition and is likely to form a part of the Warriors back-line in Egypt.

In an interview with the Herald, Darikwa said: “Playing at the AFCON finals is something that I will always cherish and my partner Charlotte, who is my number one fan, will be there with the kids – Theo (3) and Noah (one-month-old).

“My dad is also trying to see if he can get time off work to be in Egypt. I hope to do them proud by helping the team, at least, go beyond the group stage.

Darikwa is expected to jet in the country tomorrow to join the rest of the Warriors squad at their training camp in Harare.