Highlanders get first win as Dynamos, Ngezi share spoils, CAPS back on top

The Glamour Boys had a bright start to the game, creating a couple of attacks which kept Ngezi busy at the back.

The visitors, on the other end, only found their feet after the quarter hour and got their first effort on goal ten minutes later but Tichaona Mabvura hit it off target.

The following moments saw the first period coming to a finish with both sides now failing to maintain the flow of the ball.

Dynamos picked up the tempo ten minutes into the second half after the introduction of Vialli Tadzoka as Ngezi resorted to counter attacks which were, however, thwarted easily by the hosts.

Dembare continued with dominance and created several assaults but lacked precision as none of them went on target.

The game ended in a stalemate as Ngezi’s winless run extends to three matches.

In Bulawayo, Highlanders finally found the winning path, getting their first victory of the season by edging out TelOne 1-0 at Barbourfields Stadium.

Ray Lunga netted the solitary strike in the 17th minute after an early dominance in the game by Tshilamoya.

TelOne, who were the home team, had their moments but the efforts were not threatening except for the 9th-minute header from Tafadwa Sibanda which was saved by the keeper.

The Wifi Boys finished the game with one-man short as Frankson Bushiri received a red card in the 74th minute. The expulsion slowed down their efforts of a comeback and Highlanders managed to hold on until the last whistle.

At the Colliery, CAPS United came on top after beating Hwange 3-0.

Ngodzo had opened the scoring five minutes before with a strike from the edge of the box. His second goal of the day came on the hour after hitting a brilliant effort.

The result sees CAPS United moving back to the top of the table with 22 points.

Elsewhere, Triangle United and Bulawayo Chiefs played to a 1-1 draw while Mushowani Stars came from behind and beat Harare City 2-1. 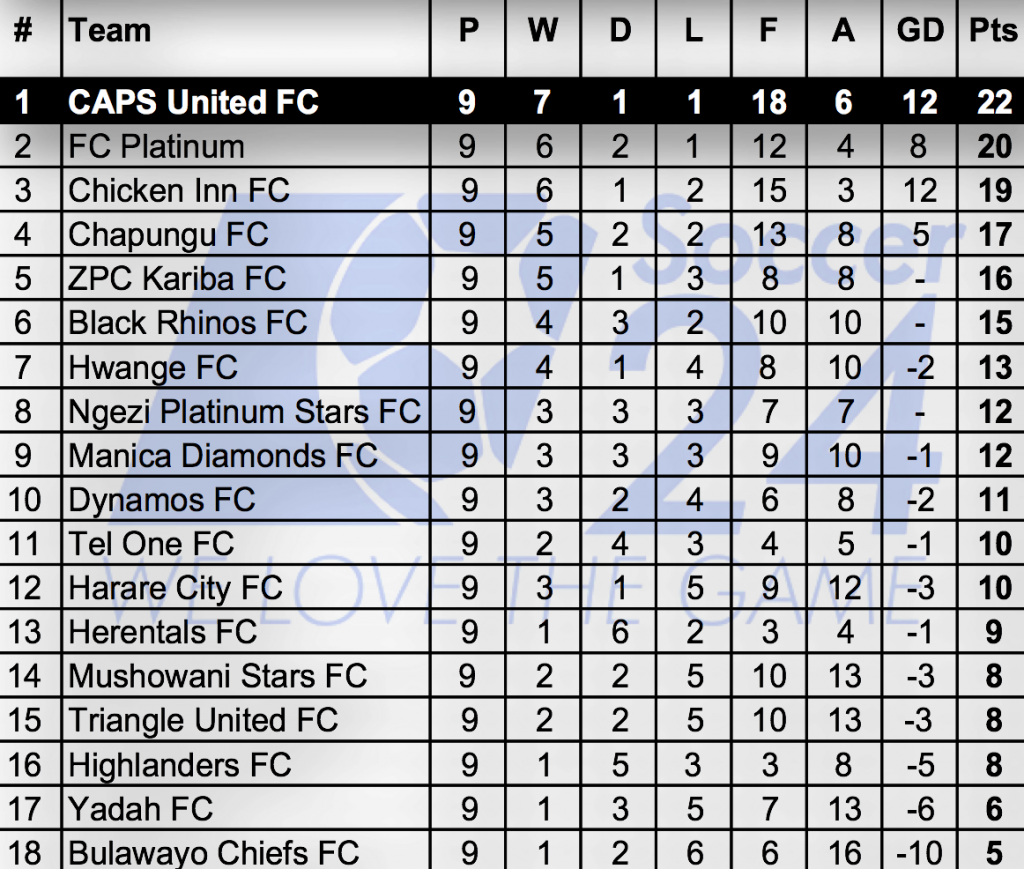