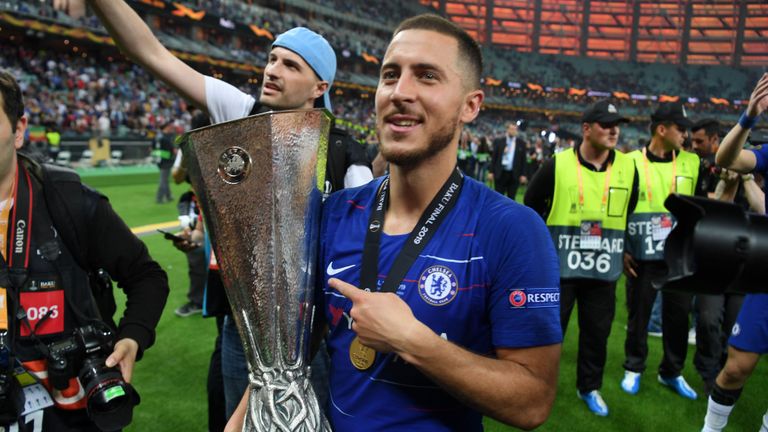 Eden Hazard has strongly hinted that he is leaving Chelsea after winning the Europa Cup on Wednesday.

The 28-year-old scored a brace to help the Blues beat Arsenal 4-1 in the final played in Baku, Azerbaijan.

In a post-match interview with BT Sport, Hazard said: “I think it’s a goodbye, but in football, you never know.”

The Belgian made 352 appearances for the London-based side and his two goals in the final moved his tally for the club to 110.

He has been linked with a move to Real Madrid and speaking on his future, he said:

“We will decide in a few days – the only target in my mind was to win this final. Maybe now it is time for a new challenge.

“I took my decision already. I said that two weeks ago. Now it’s depending on the club. Both clubs. I’m just waiting. We will see. We will know in a couple of days.

“My dream was to play in the Premier League, and I have done that for one of the biggest clubs.”

Wednesday’s Europa League victory was his second in Chelsea colours, as he also collected a winners’ medal, despite not playing, in 2013 final.