Warriors fail to reach Cosafa final after losing to Zambia 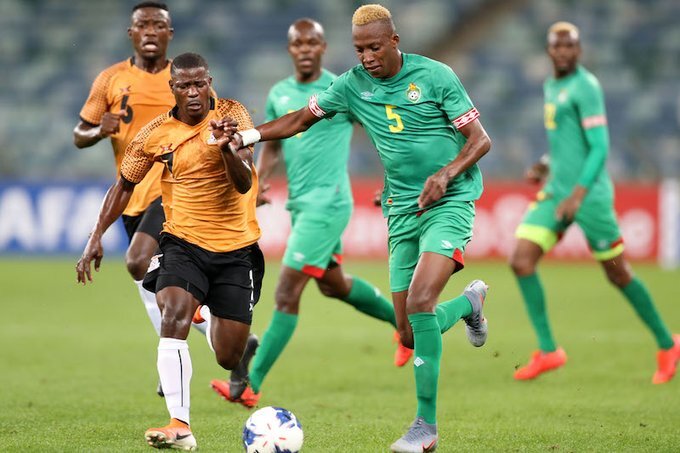 Zimbabwe failed to reach the Cosafa Cup final after losing 4-2 on penalties to Zambia in a semifinal clash played at Moses Mabhida Stadium on Wednesday.

The match had ended 0-0 at full-time with the Warriors failing to turn their dominance into goals.

The 2018 Champions had the upper hand from the first whistle but never made any clear cut chances until the quarter hour when captain Knowledge Musona broke free and struck from a tight angle straight into the hands of the keeper.

Admiral Muskwe followed up two minutes later when he slid to meet a cut-back from Divine Lunga, only for his effort to miss the target by inches. Thabani Kamusoko also had an opportunity in the same moments, but his header went over.

Zambia soon found their feet and reached the goal for the first time on minute 20, forcing keeper Elvis Chipezeze to the ground to save the effort. They got back again a few minutes later and the Baroka goalie went air born to tip over a dangerous bicycle kick which was waved for an offside.

There was controversy in the 38th minute when the referee made a questionable decision to turn down Musona’s penalty appeal and awarded Chipolopolo a kick at the other end after Teenage Hadebe was adjudged to have handled inside the box.

Chipezeze stood his ground and denied Austin Muwowo from the spot to keep the scoreline goalless at half-time.

Zimbabwe had lively start to the second period, but it was Zambia who almost drew first blood on the hour, only to be denied by the keeper again.

Musona had a chance saved on the opposite end seven minutes later before substitute Khama Billiat saw his effort getting a wicked deflection to miss the target by few inches.

Kadewere could have killed the contest on the stroke of time but shoot over following great move involving Musona and Billiat.

The game went to a penalty shootout and Zimbabwe missed their first two kicks while Zambia converted theirs to win the match 4-2.

They will meet Botswana on Saturday in the final at Moses Mabhida while Zimbabwe face Lesotho in the 3rd/4th playoffs.