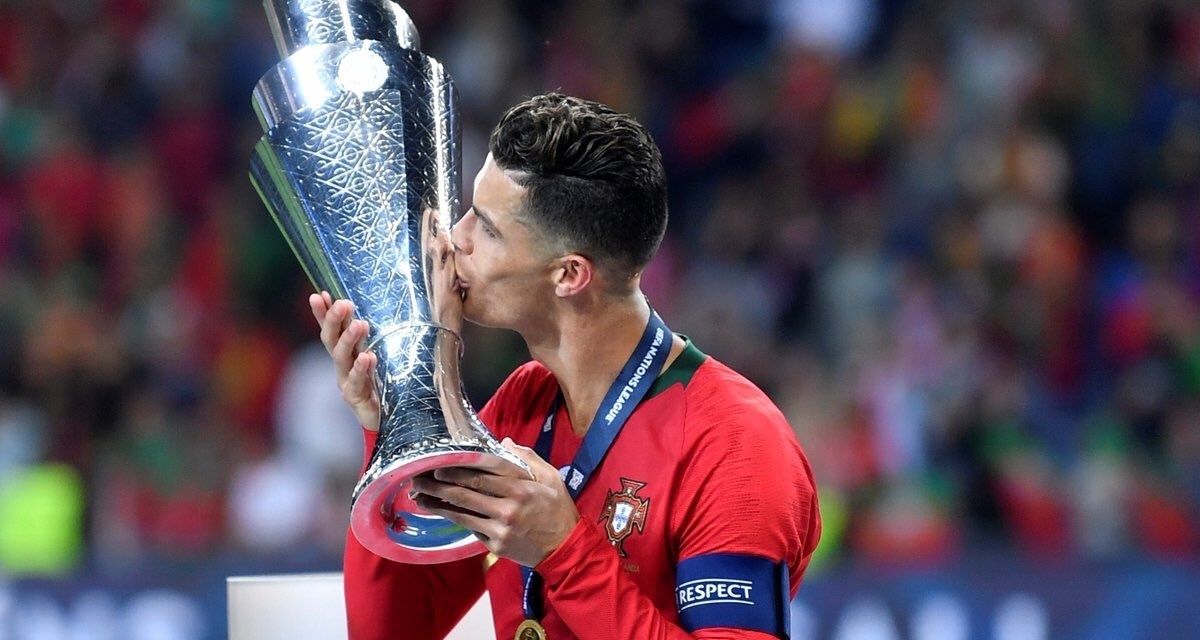 A Goncalo Guedes second half strike was all that Portugal needed as they edged Netherlands 1-0 to lift the inaugural UEFA Nations League.
Last night’s victory means the Portuguese have now won both UEFA men’s tittles, after captuting Euro in 2016.
The game started on a slow pace and both teams sought to emerge tactically superior, with the Dutch dominating early exchanges and Portugal looking to break on the counter.
Star skipper Cristiano Ronaldo produced a sublime effort in the first half which was well intercepted by Dailey Blind.
The two teams went into the break level at 0-0 and ten minutes into the second half, the deadlock was finally broken.
A brilliant Portguese move was well finished by Guedes, who briilint finished courtsey of a shot from the edge of the area.
The win for Portugal also means another international trophy for Cristiano Ronaldo, whereas his fiecest rival, Argentine Leo Messi, has none.