Ramos snubs Ronaldo to his wedding 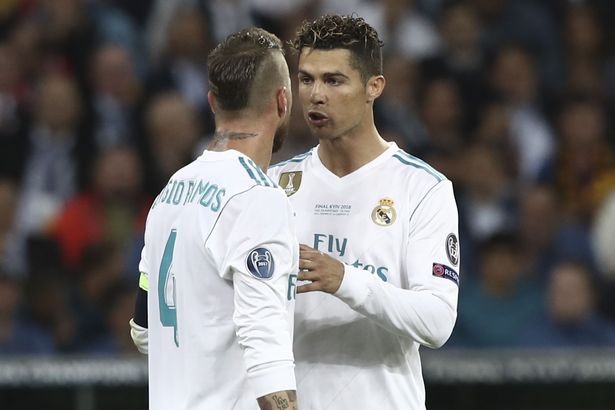 Ramos will tie the knot this weekend in Sevilla with his long-term partner Pilar Rubio, who is a Spanish television presenter.

Several football personalities including David Beckham and Barcelona defender Gerard Pique are among the guests, but according to Spanish sports newspaper Marca, Ronaldo, the former Madrid superstar who played with Ramos for nine years, has not made the cut.

The publication suggest that the snub came from a fall-out between the two players which occurred following Ronaldo’s switch from Madrid to Juventus last summer.

The Portugal international quit Los Blancos prior to the start of last season after winning three successive Champions League crowns.