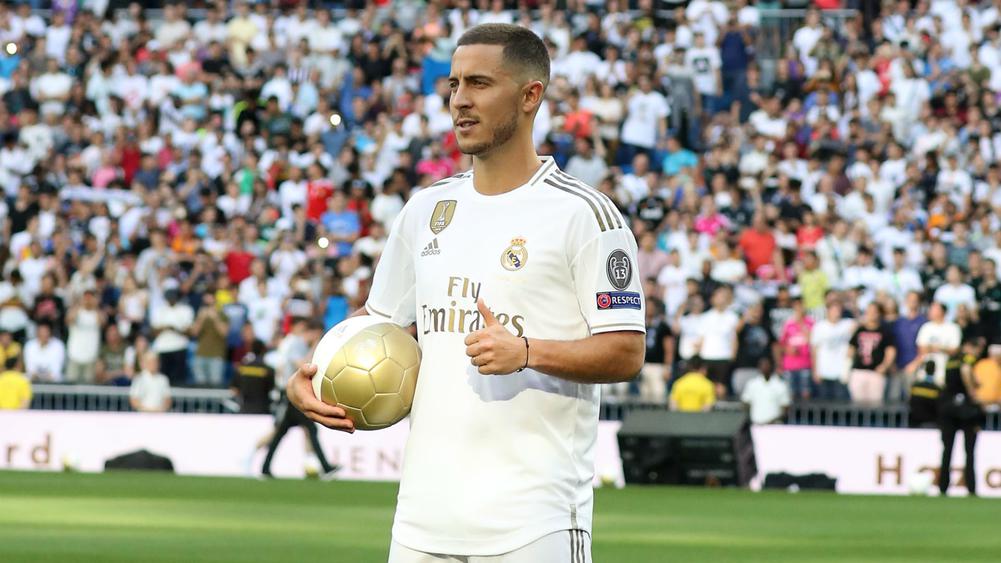 Belgian forward Eden Hazard has said his move to Spanish giants Real Madrid is a dream which came true.

Speaking for the first time as a Madrid player during his unveiling, Hazard revealed it has always been his childhood dream to don the famous Los Blancos shirt.

“Since I was a child, it was my dream to play for this club,” Hazard said in front of over 50 000 fans at the Bernabeu.

“I look forward to putting on the shirt and defending this club.”

The 28-year-old Belgian who completed an £88 million transfer from Chelsea last week has not been handed a shirt number as of yet, as his favourite number 10 is occupied by Luka Modric.