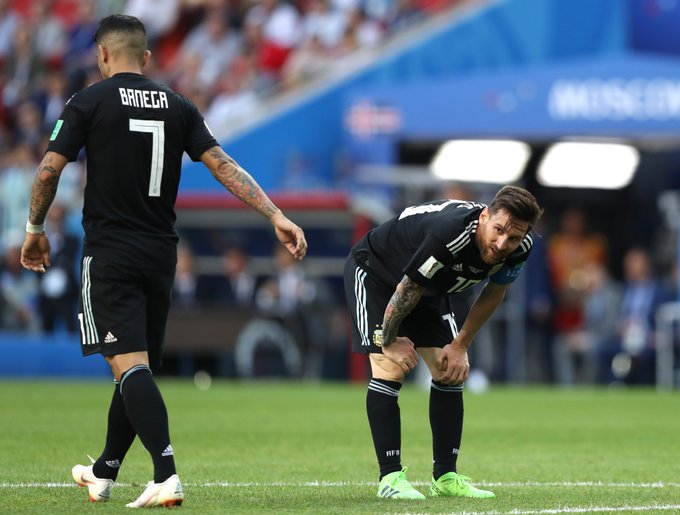 Argentina’s start to the 2019 Copa America did not go well after they were humbled 2-0 by Colombia in a Group B opener last night.

The Lionel Messi-captained side dominated the game but could not convert their possession  into goal scoring opportunities and fell victim to two brilliant counter attack moves by the Colombians in the second half.

Roger Martinez opened the scoring in the 71st minute, producing a brilliant solo moment courtesy of a well taken shot that flew into the top corner, stunning the star-studded Argentine side in the process.

Duvan Zapat put the final nail on the Argentine coffin by pouncing on a Jefferson Lerma cross with three minutes left of play and ensured a winning start to the tournament for Colombia.