Zim deserve to be at Afcon: Egypt coach 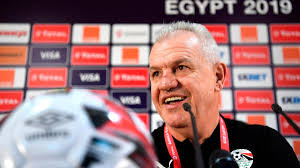 Egypt coach Javier Aguirre says the Warriors have a strong squad and are capable of coming out with a positive result in tomorrow’s 2019 Afcon opener.

Zimbabwe are carrying an underdog tag in Group A which also has Uganda and another African heavy weights DRC.

Speaking in his pre-match press conference, Aguirre said the Southern Africans deserve to be in the tournament, and he has respect for the side.

“Zimbabwe deserve to be in the competition, they are a strong side. Our first game will be very important because it’s the opening game of the tournament, which will put pressure on us,” said the Pharaohs coach.

“However, we will play our usual game against Zimbabwe because we respect them very much.We prepared very well for this difficult game, which we must win.”

The encounter will be played at Cairo International Stadium at 10 pm Zimbabwean time.