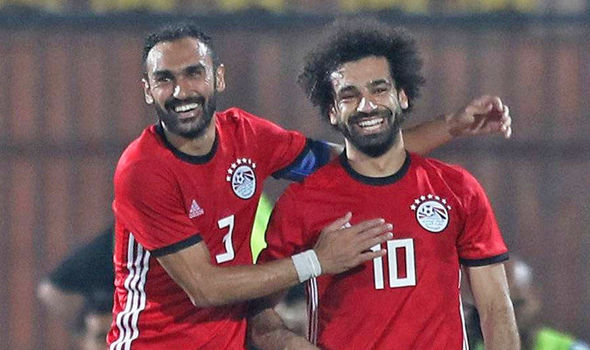 Addressing journalists ahead of the Pharoahs’ AFCON 2019 opener against the Warriors of Zimbabwe, the skipper said Salah ranks only behind Barcelona’s Leo Messi and Juventus’ Cristiano Ronaldo.

“Salah is now one of the best three players in the world. This is a huge deal for the country and the Egyptian team,” said Elmohamady according spanish based publication AS.

“Salah being in any team will help it and be a great addition. Everybody anticipates his performance, so this is a positive thing and a good addition for the Egyptian team. As has been said, Salah is one of the 23 players on the list. Each player will help the others. We play as one team, but having Salah with us is a positive thing and an important thing for us as a team and as players.” he added.

Egypt face Sunday Chidzambwa’s troops in the tournament opener at the Cairo International Stadium tonight in what promises to be a thriller.