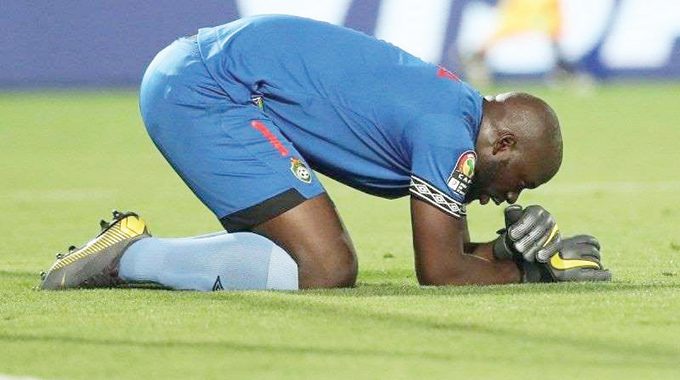 The former CAPS United shot-stopper made some outstanding saves to deny the Egyptians on mumerous occasions on Friday and was replaced in the second half by Elvis Chipezeze on account of injury.

Mpandare however confirmed it is not a serious one, saying they expect Sibanda and other players who suffered knocks against Egypt, to be back in full contention for the Uganda game.

“We have a number of players who need to be assessed at our full training session today (yesterday), I spoke to Eddie and Nyasha and they have not been complaining about their injuries getting worse,’’ Mpandare told The Herald today.