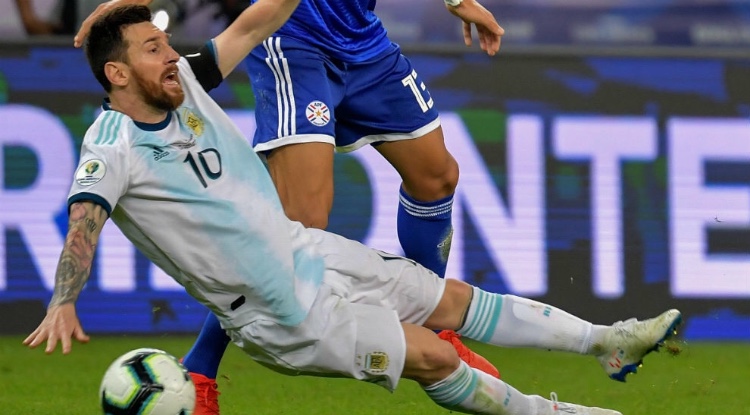 Argentina’s defeat to rivals Brazil in the Copa America semi-final yesterday was another ‘so near and yet so far’ chapter in Lionel Messi’s quest to lead his country to an international title.

Messi is by far one of, if not the most decorated footballer in history, but international titles have somehow evaded the Barcelona star, to the extent that he has played in 9 international tournaments with no success in any.

Fans took to various forms of social media in the wake of Argentina’s defeat yesterday to question his leadership qualities, especially considering that his fiercest rival Cristiano Ronaldo, once won Euro in 2016 and recently led Portugal to UEFA Nations League glory.

Messi rubbished the match officials’ perfomance on a night when he was expected to propel Argentina to the final and even legend and fellow country-man Diego Maradona criticised him in preference of his rival Ronaldo.

“Cristiano is a born leader. Even when he couldn’t help his team on the pitch, he motivated and inspired his teammates from the sidelines. Argentina lack a natural leader like Cristiano,” Maradona reportedly said.