The Sports and Recreation Commission has written to the Zimbabwe Football Association(ZIFA), demanding explanations on the manner in which the country’s football governing body handled the Warriors’ AFCON 2019 campaign.

Zimbabwe’s partication at the continental showpiece was marred by numerous incidents, most notably the players’ threat not to fulfil their opener against Egypt due to to ZIFA’s failure to pay them on time.

The Commision gave ZIFA up to Friday 12 July 2019 by end of day, to give them specific details on how the campaign was handled.

Below is the letter; 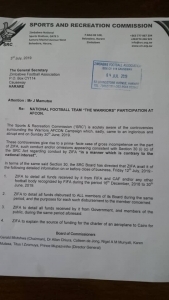 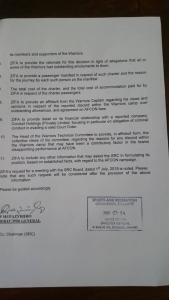