Mandla Mpofu started his reign as Highlanders coach with a draw against Ngezi Platinum Stars at Baobab Stadium on Saturday.

The Bulawayo giants put a gallant fight to snatch the point following Andrew Mbeba’s straight red card for a crude challenge on opponent just eight minutes into the encounter.

The home side rode on that numerical advantage for some minutes, creating good chances with Keith Murera and Bruno Mtigo coming closer on goal than anyone esle in the first period.

Murera’s opportunity came on the half hour but was denied by Ariel Sibanda from a close range while Mtigo’s blistering shot from inside the box on the stroke of interval was also stopped by the keeper.

The deadlock was finally broken on minute 70 through Peter Muduhwa who sent Bosso into the lead, but the advantage didn’t live long as Ngezi restored parity nine minutes later courtesy of Osi Miniru’s effort.

Nothing major followed-up as the game ended in a stalemate.

At Nyamhunga Stadium, CAPS United lost by 1-0 to ZPC Kariba, thanks to a 71st minute strike by Nigel Mukumbi.

Clive Augusto scored a brace to take his tally to thirteen goals after Round 13 while Sipho Ndlovu added another one for the Gamecocks. Augusto could have completed a hat-trick later in the second-half, but he failed to convert a penalty.

Mushowani got their consolation on the stroke of full-time through Evans Katema.

Elsewhere, Albert Eonde netted the only goal of the match as FC Platinum edged out Manica Diamonds while Herentals lost 2-0 Triangle United in Harare. 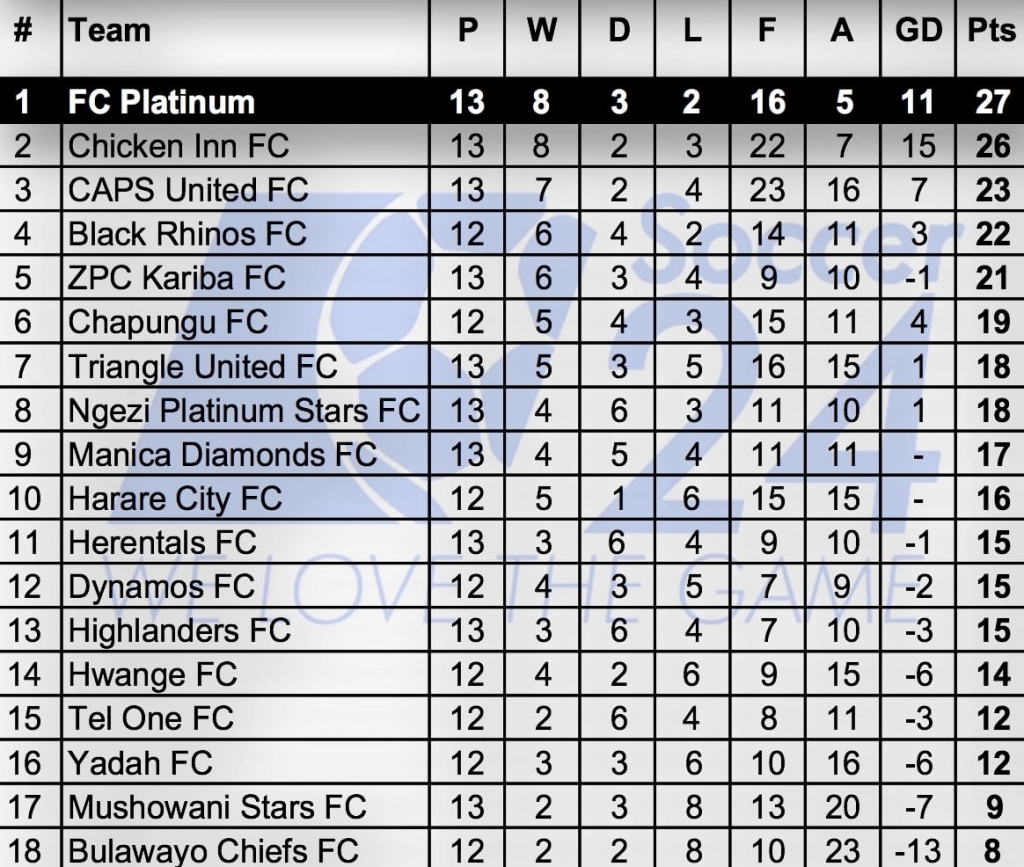