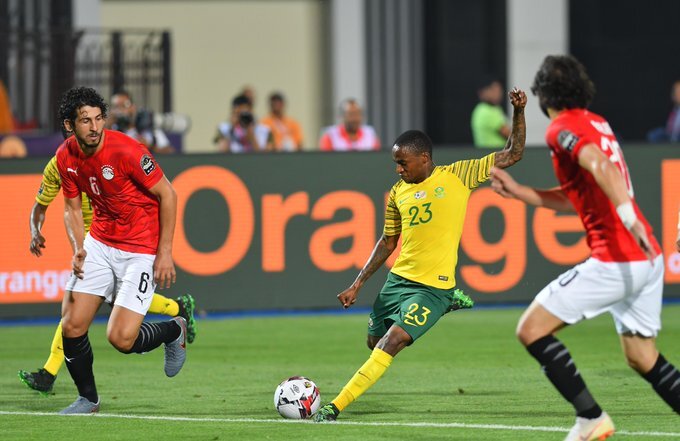 South Africa progressed to the quarter-finals of the 2019 Afcon after a shocking 1-0 victory over hosts Egypt on Saturday.

Orlando Pirates forward Thembinkosi Lorch scored the only goal of the match in 85th minute after both teams had struggled to find the back of the net. The striker was starting in his first game at the tournament.

Bafana Bafana are now set to play Nigeria who beat Cameroon in the other quarterfinal match played on Saturday.

The match will be played on June 10 at the Cairo International Stadium.