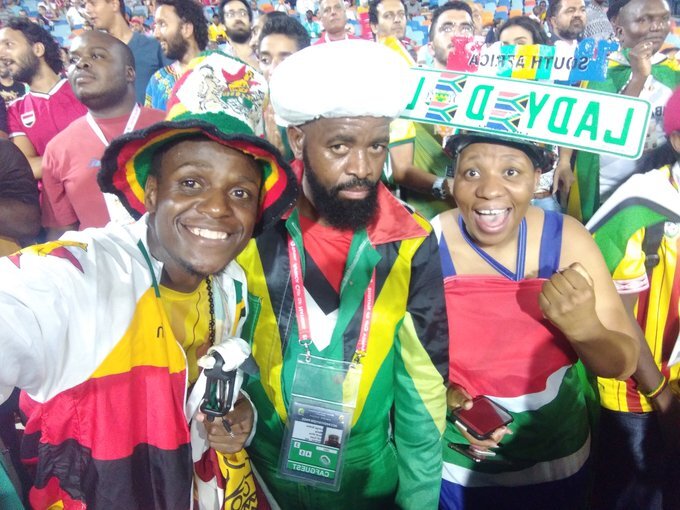 Zhakata and Botha had started a road trip together from Cape Town in South Africa with a hope of reaching Cairo before the start of the Afcon 2019.

However, Botha gave up and finished the journey on the plane after getting frustrated at the Kenya-Ethiopia border. The pair was delayed for five days as they were required to secure a visa into Ethiopia.

Zhakata finished the strenuous adventure alone and arrived in Egypt on Wednesday.

Unfortunately, he missed all of the Warriors’ games and had to only cheer South Africa in their quarterfinal clash against Nigeria last night which they lost 2-1 to exit the tournament.

Here is the video of the two fans after the game last night.