Warriors fan Alvin Zhakata will watch the 2019 Afcon final between Senegal and Algeria as a VVIP.

Zhakata embarked on a strenuous road trip across Africa from Cape Town in South Africa to watch Zimbabwe playing at the tournament. Unfortunately, the Warriors were eliminated before he reached Egypt.

After drawing the attention of many and featured on BBC’s Focus on Africa, the Zimbabwean has received an invitation from CAF president Ahmad Ahmad to watch the final on Friday in the VVIP section.

Zhakata also got his expenses covered including a flight ticket to return to home. 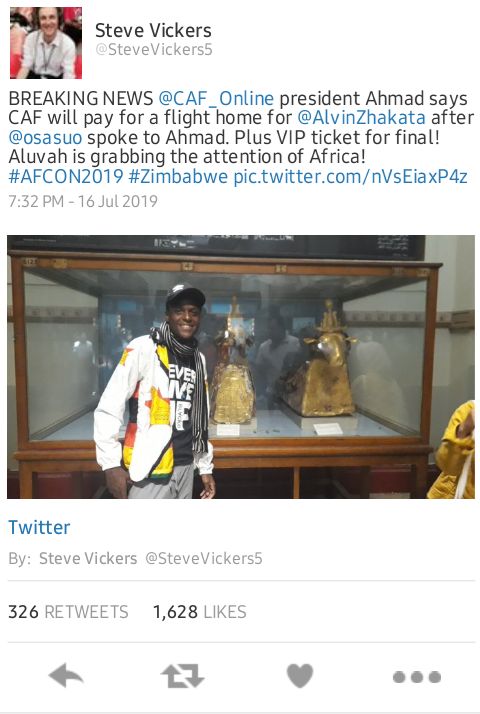