In a move which somewhat indicates that he might be on his way out of the club, Belgian giants Club Brugge have removed Warriors midfielder Marvellous Nakamba’s picture from their website.

Nakamba, who reportedly refused to train with the club ever since returning from AFCON, is linked with a move away, and Premier League returnees Aston Villa are reported favourites to land the Zimbabwean international.

Below is a picture taken from the club’s website from which Nakamba is missing; 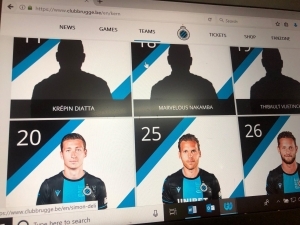