Warriors super fan Alvin Zhakata lost his passport on Friday at the stadium during the 2019 Afcon final between Algeria and Senegal.

According to football commentator Steve Vickers, Zhakata needed the passport in order to get into the game, as he didn’t have the Fan ID card.

And it fell out of his pocket during the game.

Fortunately, the passport was found by Senegal supporters in Alexandria, about 220km away, and will be brought back to Alvin today. 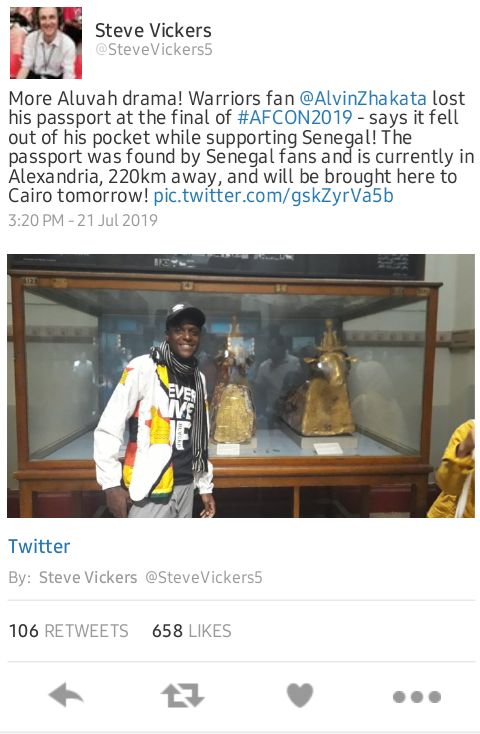 The Zimbabwean fan is expected to return on Thursday after the end of his extended stay in Egypt courtesy of CAF’s rewards.

Zhakata attracted the attention of tge football body when he completed a 10 000km-Cape to Cairo journey by road to watch the 2019 Afcon tournament.