The return of Denver! 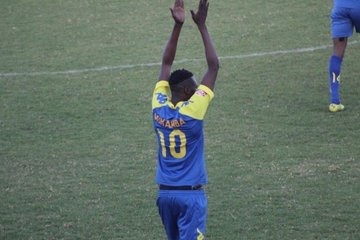 Denver Mukamba made a triumphant return to football after he scored a last-minute thumping volley to equalise for his new club Chapungu against Manica Diamonds in a Castle Lager Premier Soccer League match at Mandava today.

The former Dynamos, CAPS United and Warriors midfielder came back to playing the game after going for 6 months without action on account  of drug related issues.

He made headlines for the wrong reasons in his stints at both DeMbare and Makepekepe and his career seemed to be headed for an end but against all odds, the former Bidvest Wits man came  back.

Sportscaster Mike Madoda even posted a congratulatory message for Mukamba. 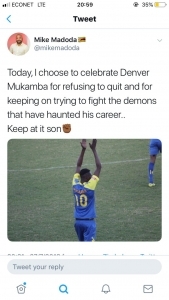