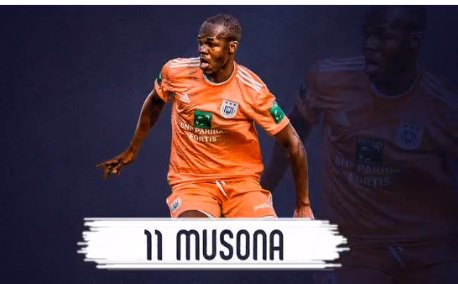 Knowledge Musona’s jersey number 11 is no longer occupied at Anderlecht.

The Warriors captain has been linked with an exit at the Belgian giants and it appears his fate has already been sealed.

The 29-year-old has failed to break into the match-day squad in the first two games of the season. He is also missing in the 2019/20 team listed on the club’s website.

And now, his player profiles on Transfermarkt and Soccerway no longer contain his squad number. The forward was expected to retain it after his return from a six-month loan spell at Lokeren.

Meanwhile, Belgian top-flight club Sint-Truidense V.V. (STVV) was at the end of last month reported to be showing interest in signing the Zimbabwe international.

Musona has also been linked with South African side Kaizer Chiefs, but he downplayed any return to his former team.