Ngandu Mangala ended his 17-match goal drought when he netted the opening goal in Dynamos’ 2-0 victory over Mushowani Stars on Sunday.

The DR Congo-born striker had last hit the target on the opening day of the season against the same team.

The Glamour Boys dominated possession in the opening moments of the game but failed to create meaningful chances during that spell. On the other hand, Mushowani only found their feet towards the quarter-hour when they started pressing on for the first time and got a free-kick on the edge of the box.

Sunny Savare took the set-piece, but it was parried away by the Munyaradzi Diya for a corner-kick.

The visitors continued to apply themselves forward but couldn’t get the opener.

It was Mangala who hit the back of the net at the other end of the pitch on minute 41, heading in Tinotenda Muringai’s corner-kick.

Ali Joseph Maliselo doubled the cushion six minutes from the break to further unsettle Mushowani in the early stages of the second period.

The Glamour Boys kept their composure for the remainder of the game as they managed to put the visitors away from the goal.

The result sees them move to the seventh position on the table.

Elsewhere, CAPS United ended their three-match winless run with a 1-0 edge over Manica Diamonds in a match played at Vengere Stadium in Rusape.

Joel Ngodzo scored the all-important goal in the second half from the spot following a foul on Phineus Bamusi.

They are now on 31 points in the second place. 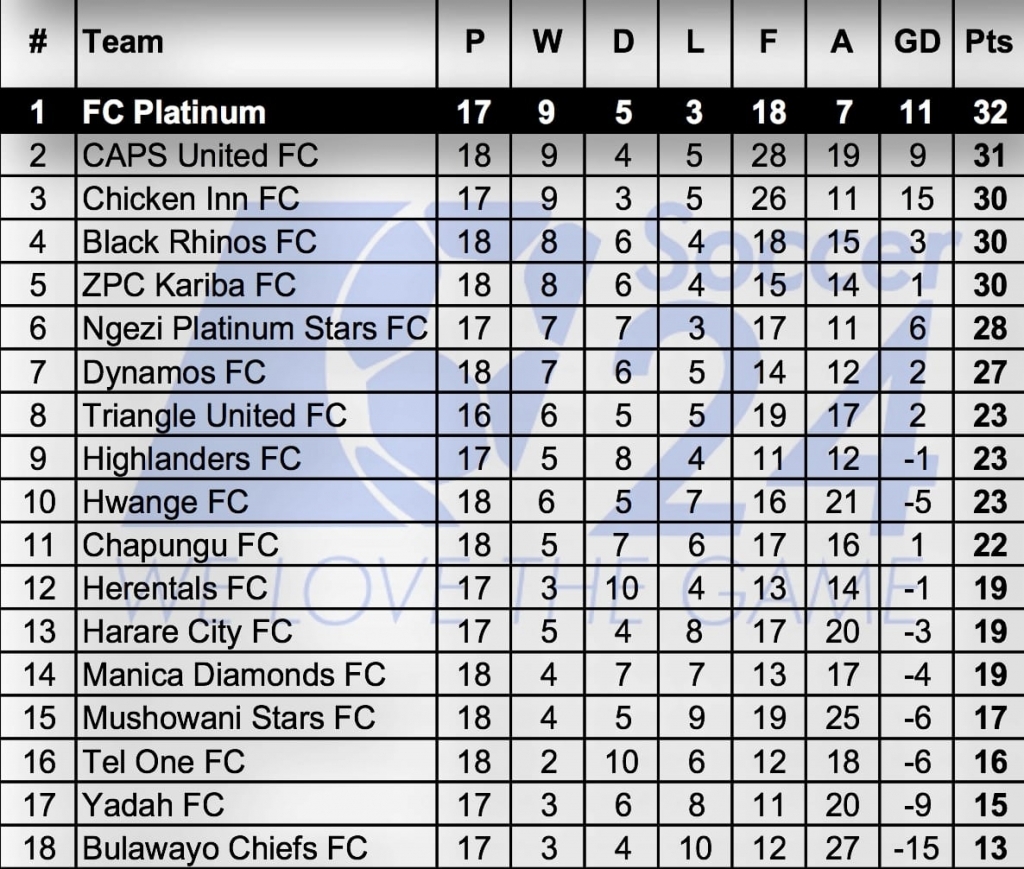