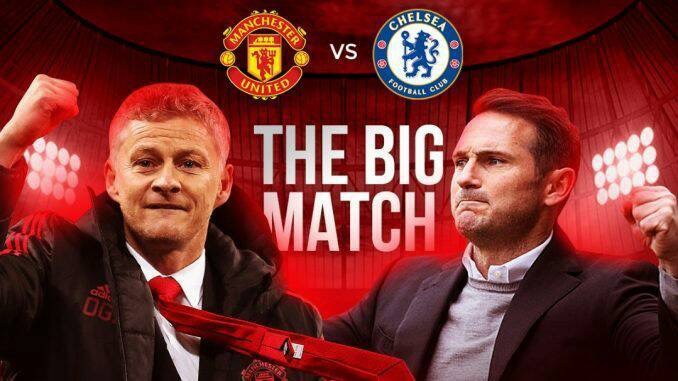 Manchester United and Chelsea square off at Old Trafford this afternoon in a potentially explosive Premier League encounter.

The two traditional giants of English football kick-start their 2019-20 Premier League campaign on a high and will both be eyeing victory as a confidence booster for the season.

Frank Lampard’s charges will start the new season without any new signing as a resut of a ban handed to them and everyone will be looking forward to see how they fare under his management, as well as without departed Belgian star Eden Hazard.

Ole Gunner Solskjaer’s United on the other hand will be buoyed by the arrival of England star Harry Maguire, who broke the world record fee for  a defender when he moved from Leicester for £80 million.

The last time the two sides met in the Premier League was in April this year at Old Trafford, today’s venue, and the game ended 1 all.