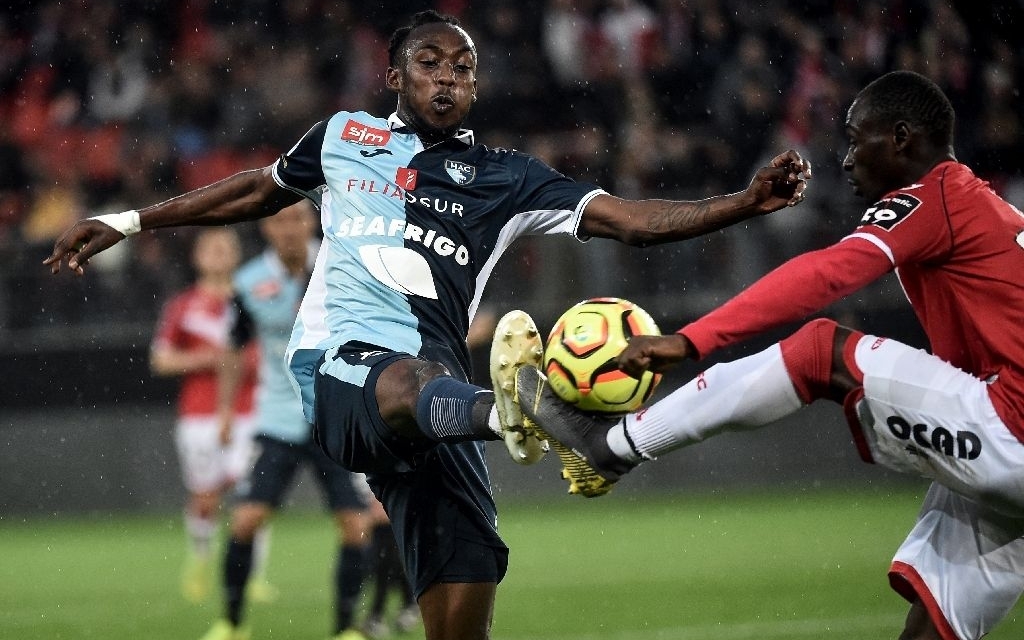 China-based Nyasha Mushekwi opened his scoring account at his new team Zhejiang Greentown on Sunday, hitting a brace in a 4-1 victory over Liaoning Kaixin.

Mushekwi who made his debut at the Chinese League One side in late July got his first goal in the first minute before striking again four minutes to full-time.

Tinotenda Kadewere also hit the target in France, but his outstanding performance was marred by a second-half red card.

The striker netted his fourth goal in three games for his Ligue 2 side Le Havre on Friday. He opened the scoring in the first half of 2-1 victory at ES Troyes AC.

The striker also assisted the winning goal which was netted by Alexander Bonnet just after the hour.

He received his marching orders a few moments after the second goal following a crude challenge on the opponent.

His fellow countryman Marshall Munetsi did not take part in his team, Stade de Reims’ first game of the Ligue 1 season.

The midfielder sustained an ankle injury during the pre-season and will have to wait a little longer for his official debut.

In England, Marvelous Nakamba and Macauley Bonne’s league debuts at their new clubs were also delayed.

Nakamba was left out of the Aston Villa’s match-day squad for the EPL season opener against Tottenham. The 25-year-old only joined the team just a week before the start of the campaign.

Bonne was again an unused substitute when Charlton Athletic won 3-1 against Stoke City in the Championship.

Nottingham Forest defender Tendayi Darikwa is still out with injury.

Warriors captain Knowledge Musona’s future at Belgian giants Anderlecht is still shrouded in uncertainty after missing again in the final 18-man squad that drew 0-0 with Mechelen on Friday.

His absence in the team was at one point over the weekend reported to be due to an ankle injury, but he dismissed the claims.