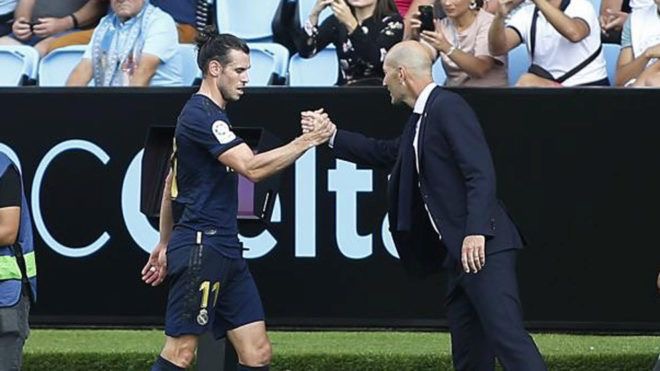 The two had a relationship which reached boiling point during pre-season, with the French coach suggesting that Bale leaving the club would be “best for everyone” while the player’s agent responded by saying Zidane is a “disgrace”.

That seems to have all been forgotten, as Bale started in the 3-1 win away to Celta Vigo and the coach confirming he will not be leaving.

“He [Bale] is going to stay,” Zidane said after the game . “Everyone we have helps us to think positively.

“You have to focus on the season, nothing more.  Hazard’s injury was bad luck for us, but it didn’t change the idea we had with Bale starting the game.

“Gareth, James Everyone here is going to defend the shirt the way it deserves to be.” added the Frenchman.