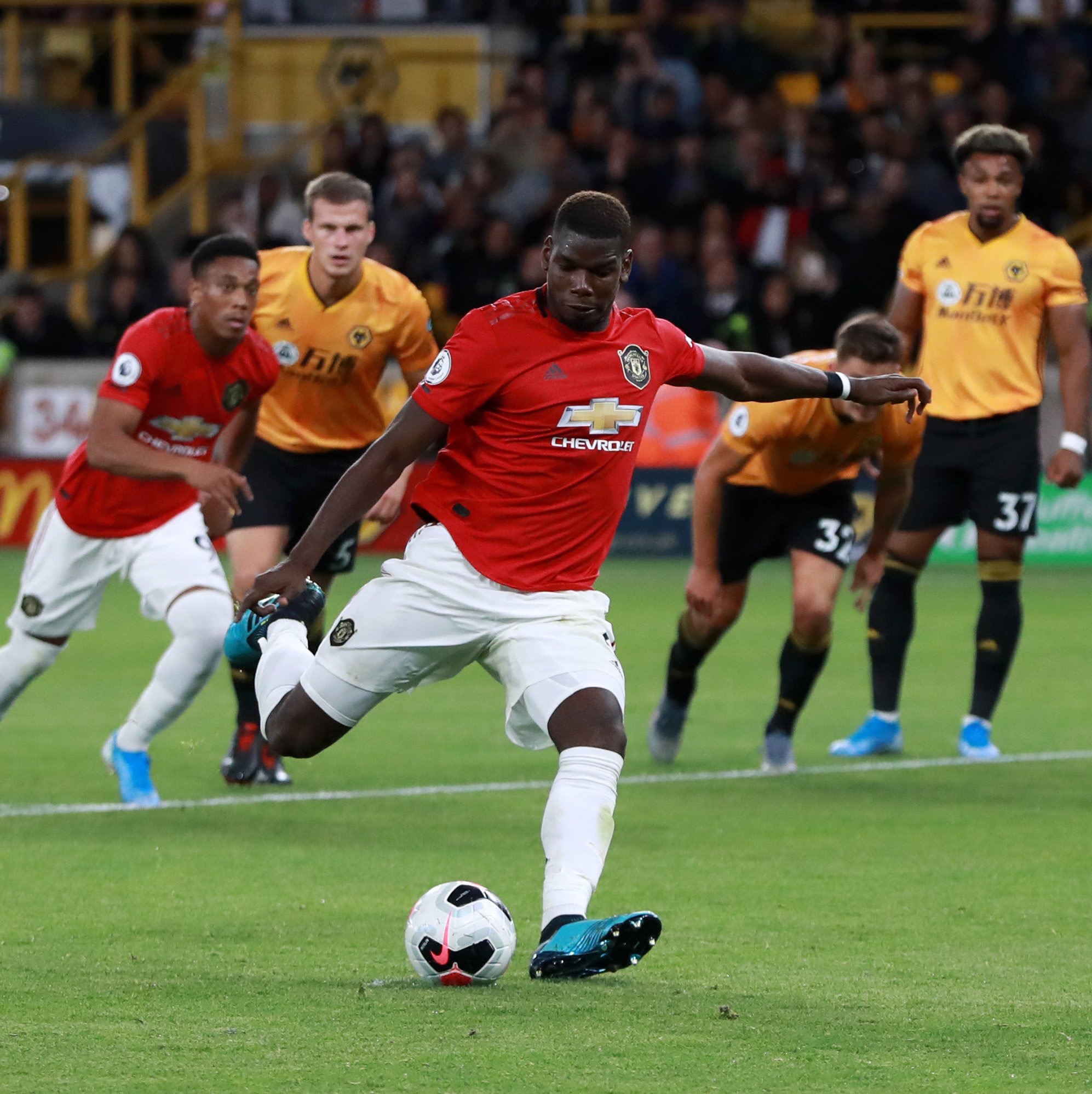 Paul Pogba had a penalty saved by Rui Patricio in the second and that proved to be a turning point as Wolves and Manchester United shared the spoils in 2-2 draw last night.

Fellow Frechman Anthony Martial had put Ole Gunnar Solsjkaer ‘s men ahed in the first half with his 50th goal in a United shirt before Reuben Neves restored parity for Wolves through a well-taken strike.

In the 67th minute, Pogba won a spot kick for United after being brought in the box and Rashford intially wanted to take it but the former did, and his effort was saved by the Portuguese goalkeeper.

United now have four points from 2 games and host Crystal Palace on Saturday.