Aston Villa off the mark in the Premier League 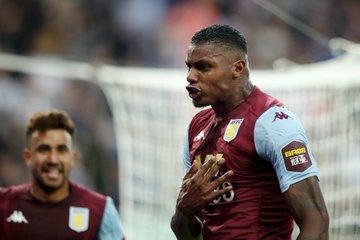 Aston Villa registered their first win of the Premier League season with an impressive 2-0 victory over a battling Everton at Villa Park last night.

After succesive defeats to Tottenham and Bournemouth, some were begining to doubt Villa’s pedigree in the English top flight but Dean Smith’s men proved the critics wrong last night.

New acquisition, Brazilian Wesley, opened the scoring in the 22nd minute to set the mood alight at Villa Park and even though Everton came close on a number of times to level matters,  Anwar El Ghazi’s stoppage time goal put the final nail on the Toffees’s coffin.

Villa coach Dean Smith, was delighted with the victory.

“It was very sweet. It was a hard-earned win. We always looked a threat on the break. To get that goal at the end just capped it off,” he said after the game.

“Our defensive organisation was good. I always thought we would score a second, but I thought it would come a bit earlier. Getting your home results in this league is a important and getting your first one is massive.” he added.