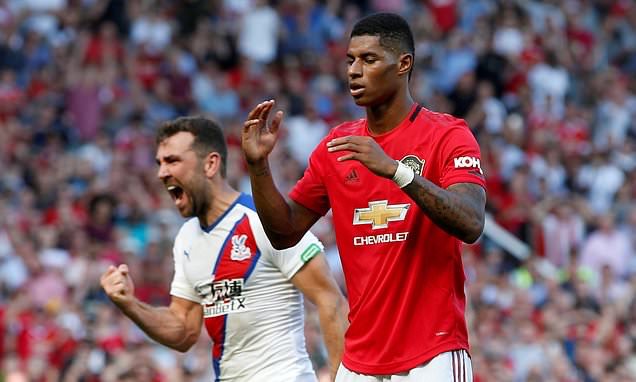 England star Marcus Rashford was a victim of racist abuse on Twitter last night after his penalty miss proved  costly in Manchester United’s shock defeat at home to Crystal Palace.

The 21-year-old crashed his second half spot kick against the inside of the post when United was trailing to a Jordan Ayew opener, in a game they ultimately lost 2-1.

Twiiter was awash with messages in reaction to Rashford’s miss, some of them racist, just days after Paul Pogba suffered the same predicament after missing one against Wolves.

“We spoke about this before the weekend. We need to stop it,” said Solskjaer after the game.

“I’m lost for words. We keep having all these campaigns – no to racism, and they keep hiding behind fake identities. It’s just crazy that we’re talking about this in 2019,” he added.