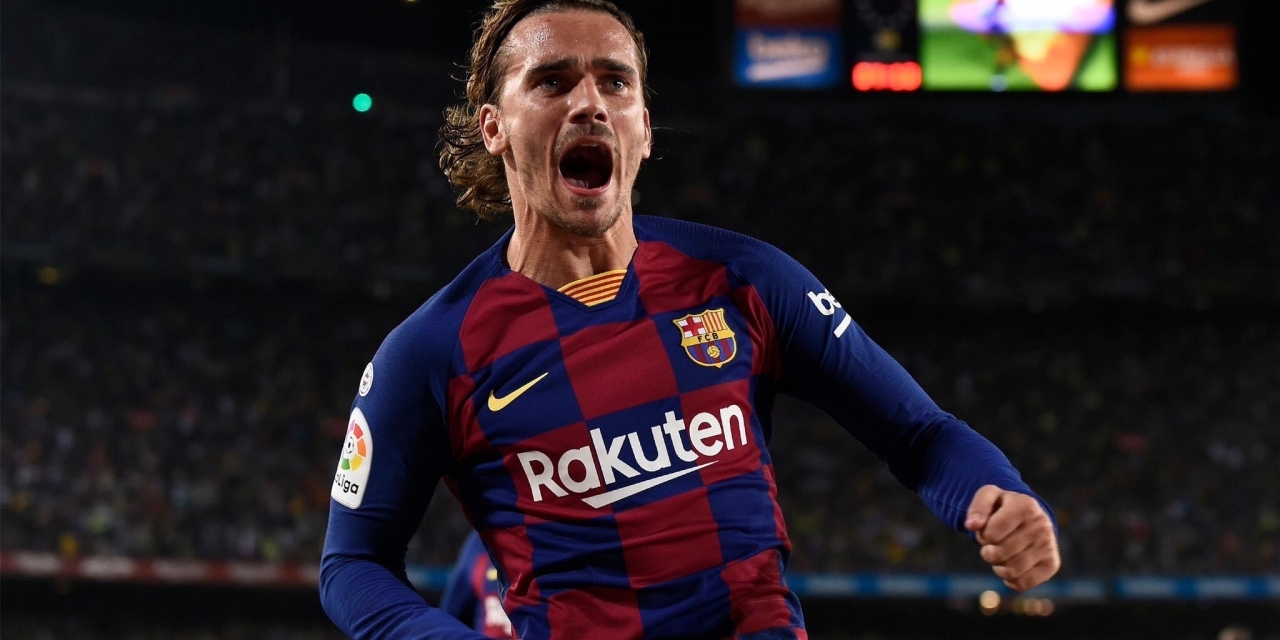 Antoine Griezmann was the star of the show as Barcelona picked up their first LaLiga points of the season in a 5-2 come back win over Real Betis at Camp Nou last night.

The Frenchman, who joined the Catalan giants from Atletico Madrid, was making his home debut in Laliga and a lot was expected from considering the absence of Lionel Messi and Luis Suarez through injury.

Barcelona fell behind to a 15th minute Nabil Fekier goal before Grizemann netted his first goal for the club just before half time.

He then hit a wonder strike in the second half, one which he attributed to Messi when he (Griezmann) spoke after the match.

“Yes, I saw Leo do it in training and I copied him,” he said. ”The celebration? I liked what LeBron [James] did and tried to copy him.” the Frenchman said.