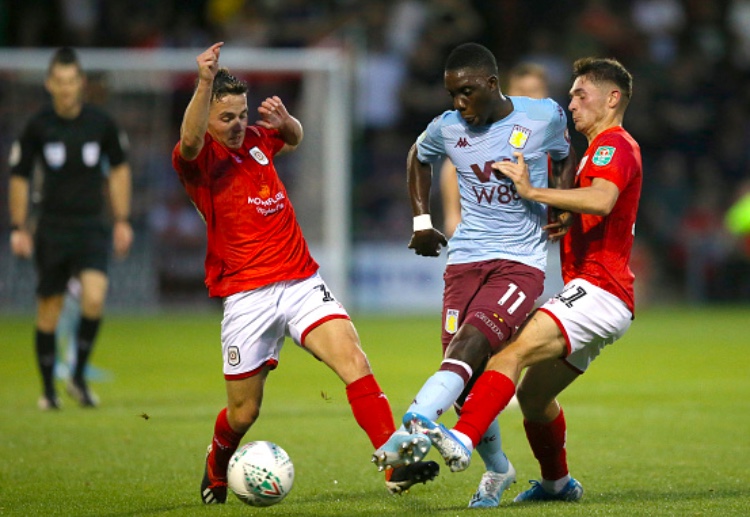 Zimbabwe international Marvelous Nakamba made his debut for Aston Villa when they thumped Crewe Alexandra 6-1 in the English Football League Cup second round last night.

The 25-year-old had not featured for the Dean Smith-coached side ever since he joined them from Club Brugge but finally did so last night and here is how a top British newspaper the  Birmingham Mail summarized his performance.

“Marvelous Nakamba made his long-awaited debut for Aston Villa against Crewe in the Carabao Cup. The Zimbabwean anchored Villa’s midfield with two-goal hero Conor Hourihane and the impressive Henri Lansbury in front of him.” wrote Ashley Preece for the Birmingham Mail.

“Made angles for fun in the middle of the park, knows exactly how to turn his body so teammates can find him for a pass in tight areas. More defensively-minded than Douglas Luiz and likes to sweep up the danger. His trademark is a swivelling, sweeping slide tackle, did that twice in the game, winning the ball from off a Crewe midfielder to thwart an attack.

He’s got a trick in him too, which was evident when he dragged the ball back to leave a Crewe wide man for dead while he nutmegged another with a cheeky Cruyff turn.

Didn’t put a foot wrong in truth, was pressurised by Crewe’s Callum Ainley who played on his toes but, as the game went on, found it easier and easier. Tougher tests will come, make no mistake about that, but Nakamba got some much-needed minutes in the legs and impressed throughout.” continued Preece.