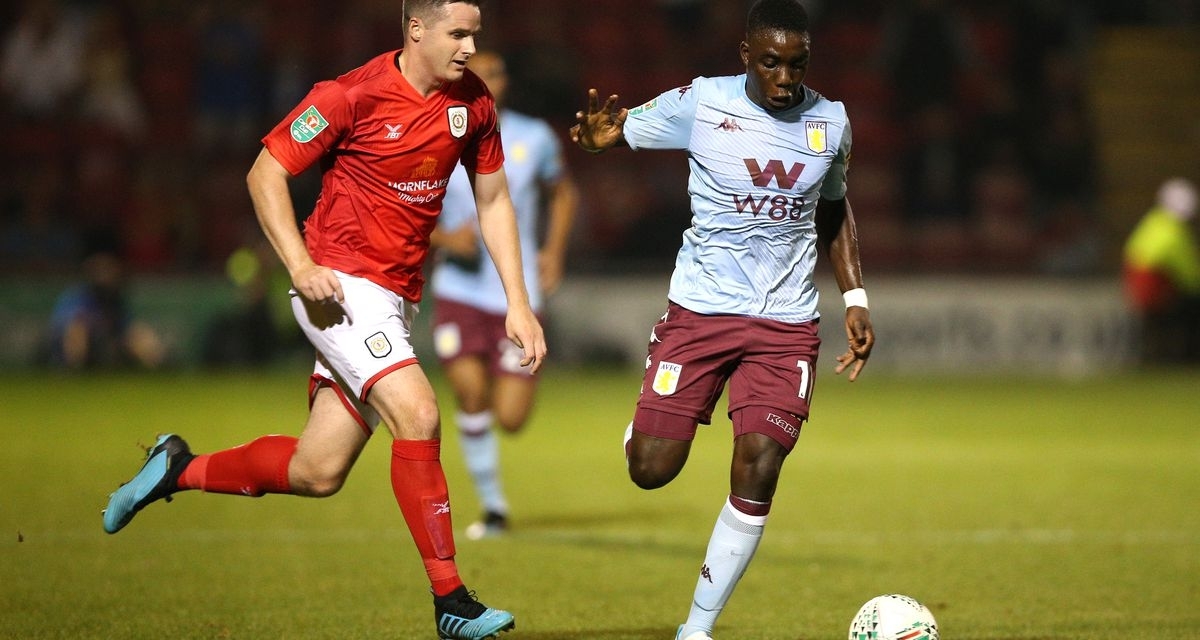 Marvelous Nakamba made his competitive debut for Aston Villa in a League Cup tie on Tuesday.

The midfielder was named in the first XI and played the entire ninety minutes as his team went on to beat Crewe 6-1.

Nakamba’s performance in the game was commendable and his figures were not bad, managing an overall rating of 7/10.

The draw for the third round of the competition was made last night and Villa will face fellow EPL side Brighton and Hove.

17-year-old Zimbabwe-born Tivonge Rushesha who made his senior debut in Swansea’s second round win over Cambridge United on Wednesday will be hoping to be included in the squad again when the Championship side take on Watford.

Andy Rinomhota’s Reading will travel to Wolves while injured Tendayi Darikwa will miss the trip to Arsenal.

The ties will be played the week beginning 23 September.